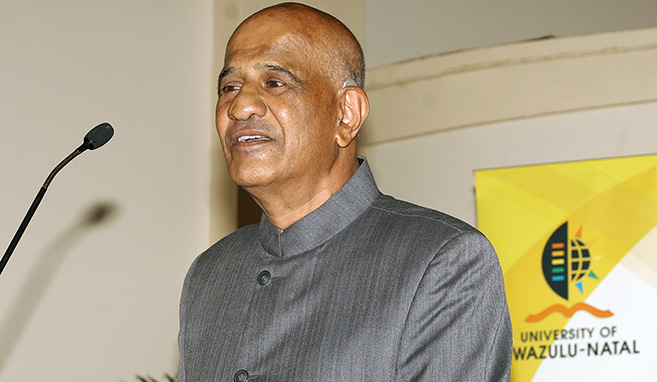 UKZN’s Ombud Justice Zak Yacoob has encouraged students and staff members who have complaints or concerns about alleged unfairness or injustice, particularly those that have a reputational risk to the University, to come forward and exercise the services of the Ombud’s office.

The Ombud’s office was established in July 2010 to provide the UKZN community with an independent, neutral dispute resolution resource that deals with complaints and concerns in a fair and equitable manner.

A former justice of the Constitutional Court, Justice Yacoob was appointed almost a year ago as the second Ombud after the passing of former Chief Justice of the Constitutional Court Justice Pius Langa. His role is to act as an independent dispute resolution official who is authorised by the University to confidentially receive complaints, concerns, or inquiries about alleged acts, omissions, improprieties, and/or broader systemic problems within his or her jurisdiction, and to listen, offer options, facilitate resolutions, informally investigate or otherwise examine these issues independently and impartially.

Council has recently approved the revised Terms of Reference, which define the jurisdiction, operational procedures and bounds of the University Ombud. Yacoob commended the University for accepting and implementing his recommendations in respect of certain matters.

Giving an overview of the operations of the office since he took over, he said it was a fairly good year. He noted that there were enough complaints and concerns to justify the existence of the office. However, he said he was surprised that the number of complaints was relatively low compared to other institutions with Ombud’s offices.

There were a high number of cases shortly after the office was established, he said, but this figure had since decreased. He also stated that it was concerning that a large number of complaints were Human Resources related matters from staff members.

‘The office of the Ombud is a last resort after all internal remedies have been exhausted. Internal structures and policies should be able to resolve such issues,’ he said.

He added that only if stakeholders are not satisfied with the outcome of internal processes, and only after all the existing mechanisms have been exhausted, can they come to his office.  He said it is not right that UKZN is involved in so many court cases as this places harm on the reputation of the University.

The scope of matters that can be brought to the Ombud’s office is covered under the Terms of Reference. More information regarding the duties and functions of the UKZN Ombud and the detailed Terms of Reference are available on http://ombud.ukzn.ac.za/Homepage.aspx or contact the Ombud’s Office Manager, Advocate Busisiwe Mngoma, at ombud@ukzn.ac.za.