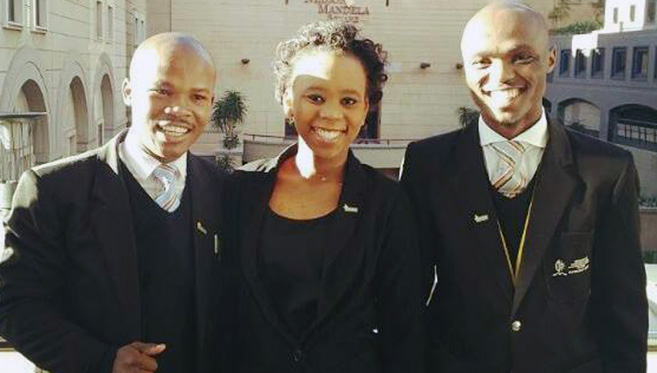 The organisation empowers its members by allowing the students to put the theory they have learnt in class into practice, and through the organisation’s entrepreneurial approach to its projects.

One such beneficiary is Mr Thabani Joyisa, an Enactus alumnus who has been immensely empowered by the organisation to the extent that he has recently co-founded a company.

A former Westville Campus Finance Officer, Joyisa served on the Enactus team’s executive committee for three years as the Head of finance and as General Secretary. This year he had the opportunity to be the organisation’s Acting President.

After gaining enough work experience in the IT industry, Joyisa hopes to pursue a Master’s in Business Administration at the Gordon Institute of Business Science at the University of Pretoria.

When asked about the benefits of being an Enactus member, Joyisa said: ‘The culture of Enactus UKZN has always been about what you can bring to the table and not what you can take, which is why I find it difficult to see what I have gained. However, those around me say I can write better emails, that I am analytically more critical, a better problem-solver, presenter, team-player, researcher and, most importantly, that I am now a leader.’

Joyisa advises students not to limit themselves by only studying their textbooks because what gives a person the edge is not completing a degree in record time ‘but rather what you did while doing your degree’.

Joyisa was one of the 21 students in South Africa who were chosen earlier this year to be part of the Unilever Future Leaders League, along with Enactus UKZN member Nolwazi Mdunge. The skills he has gained from Enactus UKZN have inspired him to co-found a business called GMT Group (www.gmtgroup.co.za) which provides graphic design, social media marketing, software development and web design services. In whatever endeavours life hands to him, Joyisa remains adamant that he will make continued efforts to serve the community under the banner of Enactus UKZN.