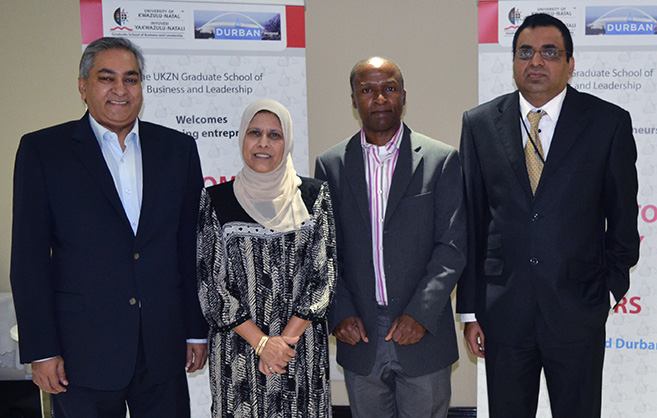 The announcement was made at a media launch recently where the media pledged their support towards ensuring that the world is informed about the community engagement initiative.

Sewnarain whose personal journey resulted in a property entrepreneur establishing South Africa’s first and private safe deposit vault at the age 29 will serve as an inspiration to aspiring entrepreneurs who need the entrepreneurial thinking which is necessary to turn an idea into a viable business.

It is envisaged that through the support of entrepreneurs such as Sewnarain this year’s event will surpass the success of last year’s event which attracted more 100 aspiring entrepreneurs and  earned the title of the largest ever Startup Weekend in South Africa.

‘The Startup weekend is a way that the University and the business community are contributing to the eradication of poverty through creating entrepreneurs. We need to share ideas and we need the support of the media to help us in communicating this message so that we can inspire the entrepreneurs of the future,’ said Sewnarain.

GSB&L’s Associate Professor and champion of Entrepreneurship, Professor Shahida Cassim described Sewnarain as an entrepreneur who is dedicated to helping others reach their potential.

‘What distinguishes Mr Sewnarain is his depiction of heart in his endeavours. His serious commitment to economic and social development set him apart from the many entrepreneurs who are focused primarily on making money for themselves. The innovative ideas on which his many successful businesses are based bears evidence of the importance of innovative thinking and risk taking in uncertain environments,’ she said.

Aspiring entrepreneurs who are looking to spark their creativity and equip themselves with the tools to move an idea from concept to company are invited to attend the 2nd Innovation Bootcamp which will be hosted by GSB&L on 27 September.

The bootcamp titled: “Creativity and Innovation for Next Generation Business”, will serve as a precursor to the Startup weekend to be hosted by the GSB&L from 3 to 5 October.  Both these events are strategies adopted by the School envisaged to inspire entrepreneurs to contribute to innovation and economic growth in the province.

Under the theme workshop facilitator  Professor Shahida Cassim and BizFarm  founder Mr Atul Padalkar will be teaching the participants tools and techniques  of coming up with innovative ideas with potential  to be viable and scalable businesses.