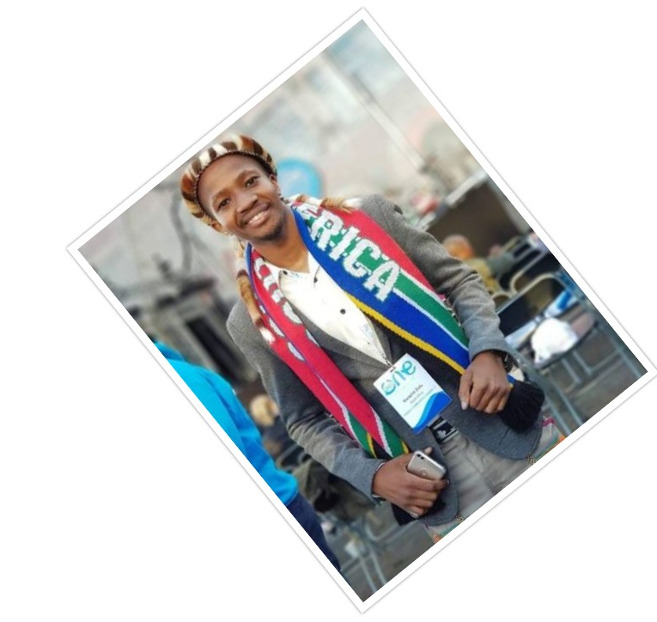 UKZN student, Mr Kwazini Zulu, can now add the title of One Young World Ambassador to his list of accolades.

The former Enactus President - who is a Marketing and Supply Chain postgraduate student in the College of Law and Management Studies - is also a freelance leadership and business consultant for small businesses. He recently returned from the One Young World Summit at The Hague in The Netherlands.

Approximately 1 800 delegates were selected across 196 countries to attend the Summit. The delegates have now joined a network of 10 000 like-minded leaders across the world who also claim the title of One Young World Ambassador; working on their own initiatives and lending the power of the network to advance those initiatives and social businesses.

One Young World (OYW) is a UK-based charity that gathers together the brightest and most highly sought-after young leaders from around the world, empowering them to make lasting connections to create positive change. OYW stages an annual Summit where the most valuable young talent from global and national companies, NGOs, universities and other forward-thinking organisations are joined by world leaders- acting as the One Young World Counsellors. At the Summit, delegates debate, formulate and share innovative solutions for the pressing issues the world faces in a bid to find ways to collaborate and share best practices on initiatives around the world.

For the first time this year, delegates were joined by the likes of musician and social entrepreneur Akon, actor Terry Crews and supermodel Naomi Campbell.

‘Being selected to represent my country, city and university on such a global platform from thousands of equally capable if not more capable young leaders is truly a great honour for me,’ said Zulu. ‘I had always believed that I had a calling to impact on people's lives through business leadership. I am honoured to be selected to participate in this prestigious gathering which ordinarily only world leaders and business executives would have access to. This means that I am a custodian of leadership and societal impact representing young leaders all around the world in my community, university, city and country,’ he said.

Participants are selected on the basis of demonstrated capacity for leadership, concern about global issues, ability to generate and communicate impactful solutions, teamwork and evidenced commitment to volunteering and other extracurricular activities.