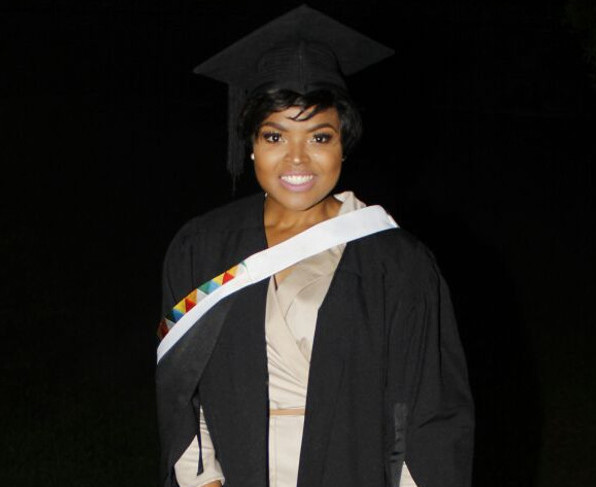 As a student Dr Pamela Sithole juggled her part-time domestic work duties and her Medical studies at the Nelson R Mandela School of Medicine at the University of KwaZulu-Natal. The hard work paid off last month when Sithole graduated with a distinction in Dermatology.

‘I had always worked hard but somehow I didn’t believe that I had also made it to the top. I’m proud of myself for achieving such despite the many challenges that I had faced in Medical School,’ said the elated Sithole after graduating.

Sithole hails from Phoenix and is currently serving her internship at Helen Joseph and at Rahima Moosa Mother and Child Hospitals in Johannesburg.

She says she worked whenever she had time and used her earnings to buy necessities such as cosmetics and clothing. When her peers went on holidays during academic breaks, Sithole would spend her days working for her employer, Val Shirley.

The 25-year-old Sithole was raised in a family of four by a divorced mother. Her other siblings had to financially support the entire family since her mother relied on piece jobs.

Sharing her journey, she said it was her humility that allowed her to do work that many would frown upon. She knew what she wanted, something that would make her feel alive and bring a difference, and the only thing that would fulfil her dream was becoming a health professional doctor.

‘Never despise humble beginnings. But don’t let them define where you will be five or 10 years from now. With God, everything is possible,’ she added.