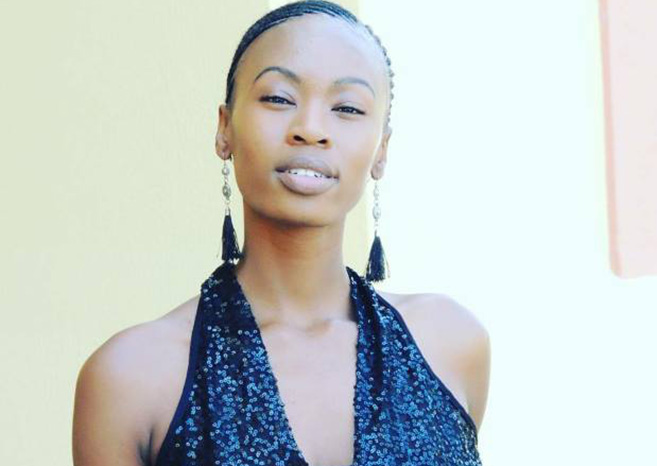 Exams are not the only nerve-wrecking experience final year Law student Ms Tshegofatso Molefe has had to contend with as she is also currently preparing to participate in the Justice Pageant SA which takes place in Johannesburg later this month.

The 22-year-old who resides in Pietermaritzburg is the only KwaZulu-Natal finalist who will be competing in the pageant.

The Justice Pageant SA is aimed at developing moral character in South African schools and communities through choosing morally exemplary scholars to inspire others to follow in their footsteps.

‘I entered the Justice Pageant because it is a pageant that embodies values that I uphold. It advocates moral education in schools which is exactly what is needed in our communities.  I have learnt that to be a leader does not mean you are a moral leader which is an individual that is not scared to stand up for what is right.  Growing up, I’ve always wanted to make a difference and be remembered as a person who was helpful to humanity and that is where the dream to study Law was born. I am also very intrigued by how the justice system operates,’ said Molefe.

The pageant requires finalists to perform various tasks in schools throughout South Africa by visiting one school per week since the beginning of the year and presenting the teachings of the No Crime Culture Project. The project creates awareness on the need for basic morality, ethics and norms of conduct.

‘I have started an organisation called Rising Generations which looks after children in child-headed households whom we assist with toiletries and clothes. My aim is to give these girls a fair chance at school by ensuring that they are living in a conducive home environment. The finale is on the 26th of November. I have been busy with exams so I’m yet to start preparing and getting feedback from my moral leaders and teenagers on how my lessons have impacted them,’ said Molefe.

While winning the pageant would be great, Molefe believes that using the platform as a finalist to make a difference in young girls lives is better than any title.

‘Winning would be amazing but I have made an impact in people’s lives whether I win or not. I have always been passionate about serving and working with the people and if everything goes well with my examinations, I should graduate next year then I want to further my studies and do my LLM in Labour studies. I also want to volunteer at a prison and work with projects that deal with mothers who give birth in prison and to enter Miss South Africa in 2019,’ she said.

Molefe was also appointed as the first female Treasurer of the Black Lawyers Association Student Chapter in 2017.