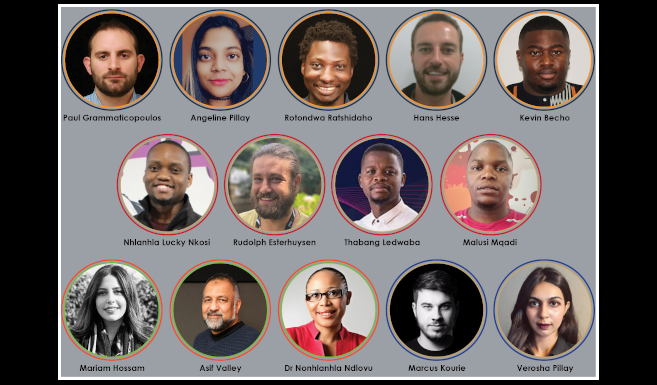 UKZN’s Discipline of Computer Science (CS) has built a reputation for producing highly sought-after BSc graduates, thanks to the dedication of its 11 academic staff on the Westville and Pietermaritzburg campuses.

Leveraging on its strength in quality teaching, the Discipline has steadily established an effective honours programme, which is delivered in an efficient manner and continues to attract an increasing number of high performing BSc applicants.

The Discipline’s research profile has also steadily improved over the years, leading to it getting a ranking of 689 among the world’s best computer science and engineering institutions.

The Discipline seeks to leverage its current position for further growth, particularly in the areas of promoting an industry-relevant curriculum and establishing relationships with industry partners and with that in mind embarked on a series of Tech Talks packaged in a Computer Science Industry Seminar series that ran throughout the semester and was a huge success attracting over 300 students to each session.

The series was designed to bridge the gap between industry and UKZN through achieving three aims: to expose students to current technologies and industry best practice in the field of software development; increase employment opportunities for CS and IT graduates by familiarising students with the recruitment processes of its industry partners; and to recognise CS alumni by giving them an opportunity to give current students a first-hand account of their experience in the IT industry, highlighting the growing importance of CS postgraduate education for industry readiness.

Representatives of tech giants such as Barone, Budge and Dominick (BBD), Amazon, Discovery, Facebook and Microsoft spoke on the virtual stage during the series, addressing UKZN students.

The series, in collaboration with the College of Agriculture, Engineering and Science’s Public Relations team, was an initiative of graduate Mr Malusi Mqadi, currently employed as a junior software engineer at BBD, who had contacted the Discipline.

Discovery hosted its Tech Talk on 9 September, covering the world of Agile and DevOps in the industry by Mr Marcus Kourie and an alumnus talk by Ms Verosha Pillay.

Microsoft hosted the final Tech Talk on 13 October, with Ms Mariam Hossam covering the recruitment process, Mr Asif Valley on the latest trends in Microsoft Office on the internet of things (IoT), use of cloud computing and artificial intelligence, and an alumni’s industry perspective on using Microsoft Office by Dr Nonhlanhla Ignatia Ndlovu.

The BBD workshop also created an opportunity for students with the launch of the BBD Build Challenge, which encouraged them to implement the knowledge and skills highlighted during the course of the workshop and create a cross-platform mobile application using Expo, which solved a niche community or societal problem that the student had identified. Dozens of entries were received with Mr Theoshan Moodley selected as the winner and awarded a R4 000 Takealot voucher, Ms Kiara Sharma Maharaj was second winning a R2 000 Takealot voucher, followed by Mr Asheran Moodley who received a R1 000 Takealot voucher. All three were students of Mr Luke Vorster, who expressed his pride in their accomplishments.

The series was well received by students and garnered positive feedback. Maharaj of the School of Mathematics, Statistics and Computer Science said: ‘The Tech Talk was extremely insightful. I have never coded an app before, and the bootcamp showed me how straightforward it is to develop android apps. It’s almost like magic, with instant results that you can view on your mobile phone. It also felt great to connect with other people passionate about computer science. After learning this skill with React Native and Expo, I will definitely be coding more apps in the future. Many thanks to the event hosts for this opportunity!’

Reflecting on the Tech Talk series, Academic Leader for Computer Science Dr Mandla Gwetu expressed his delight in seeing how well the Discipline’s alumni were doing in industry and the readiness of industry partners to work with academia towards a mutually beneficial relationship.

Gwetu thanked Vorster under whose module the BBD workshop was hosted, the SMSC tech team for assisting with software installations for the workshops, the CAES PR team for liaising with industry partners and marketing the series in a very professional manner, the industry partners and UKZN Computer Science alumni for sharing their expertise with current students, and most importantly UKZN students who participated in the Tech Talks and demonstrated an eagerness to grow professionally.