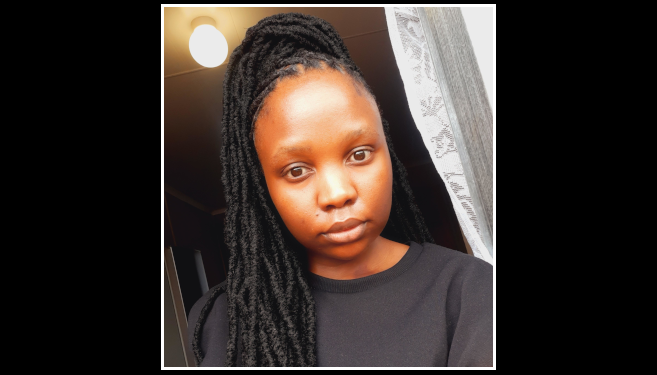 After realising the detrimental effects of the sweet potato weevil (SPW) on the crop, UKZN BSc (Hons) Agriculture graduate Ms Buyisiwe Ngubane saw an opportunity for her master’s degree research to have an impact as consumption of the vegetable has increased throughout African countries.

Ngubane says the potato weevil larvae are difficult to control with agro chemicals, spurring the need for alternative pest control methods such as biological control measures.

Ngubane believes her honours degree equipped her with the necessary knowledge and skills to conduct research for her master’s degree.

She has participated in two internships at the Department of Agriculture and Rural Development and the South African Sugarcane Research Institute in recent years. Here, her skills in field and laboratory work, disease isolation, nematode extraction and identification, insect rearing, project management, statistical analysis and scientific report writing were redefined.

An example of biological control is entomopathogenic nematodes (EPN), which are insect killing nematodes from the Heterorhabditis and Steinernema genera. These have a proven efficacy against various insect pests worldwide, hence the idea to test them against SPW for the first time in South Africa.

EPNs are easy to mass produce and superior strains against the SPW have the potential to be commercialised on a mass scale, especially if they prove to be efficient against other detrimental weevil species.

The aim of Ngubane’s research is to screen and identify entomopathogenic nematode isolates that show high efficacy against Cylas Puncticollis.

Furthermore, the superior isolates will be stabilised by creating homozygous inbred lines which will then be exposed to various environmental stresses to select the best inbred lines for further investigations. These include passing them through galleria multiple times to ensure their stability and testing them at field level.

Ngubane is motived by the support and mentorship of her supervisors, family and colleagues, who have played a role in making sure that she stays focused.

‘My desire to grow and make an impact in my field of research can never be underestimated. Passion has proven to be a driver since the beginning of my studies,’ said Ngubane.

She participated in the 23rd symposium of the Nematological Society of Southern Africa held at Tulbagh in the Western Cape from 19-23 September this year and is now looking forward to being part of PRIS 2021.

Her advice to all researchers is to never give up: ‘Research requires strong will. Protocols don’t always work. This doesn’t mean quitting. It means troubleshoot until something works.’

To find out more about Ngubane’s research as well as other CAES researchers at PRIS 2021, visit http://pris.ukzn.ac.za