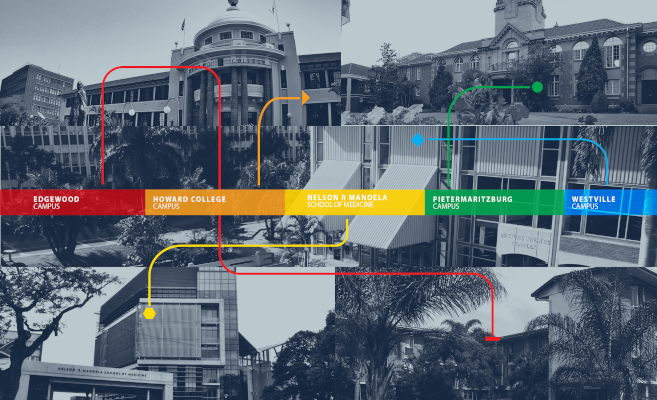 Outgoing UKZN Convocation President Mr Fanle Sibisi emphasised the importance of giving back to the University during his address at the 13th Convocation Annual General Meeting, which was held virtually.

Sibisi, who served as President for nine years, urged alumni to respond to societal challenges and ‘not just rely on the government.’ He highlighted the importance of ‘finding solutions to our problems.’

Sibisi also spoke of the challenges encountered during his term of office, including the COVID-19 pandemic. He encouraged student leaders to work with management. ‘Let us find ways of protecting our University,’ he said, condemning the ‘unprecedented disruptions to property,’ during mass demonstrations.

He noted that Convocation raised R1 million for the Bavelile Bursary Fund, in honour of the late former Convocation Executive member and Deputy Minister Bavelile Hlongwane.

Sibisi acknowledged Convocation Executive (Convex) members who served during his term of office, congratulated the newly elected Convex, and stressed that alumni should be ambassadors for the Institution. ‘We need to be beacons of hope in all that we do.’

Convex Treasurer Ms Nqobile Gumede extended gratitude to the outgoing Convex members. ‘You were a formidable team and forces to be reckoned with,’ she said. She briefly highlighted Convex’s expenditure and echoed Sibisi in congratulating the new incumbents.

Vice-Chancellor and Principal Professor Nana Poku paid tribute to the Convex team led 'valiantly' by Sibisi and congratulated the new Convocation leadership. ‘The systems and legacies we leave behind define our contribution to the present and also, of course, to the broader cause of bettering society through education,’ said Poku.

‘Dr Mlita served on the outgoing Convex as Vice-President of Convocation and will therefore provide the necessary “institutional memory” to ensure continuity,’ said Cleland.

Mlita thanked everyone who had voted and said he was looking forward to an upcoming strategic workshop with the outgoing President.

Cleland acknowledged the outgoing Convex and commended the staff in the Alumni Office and the Corporate Relations Division as well as the development team in ICS and her office for ensuring the smooth voting process and a successful AGM.