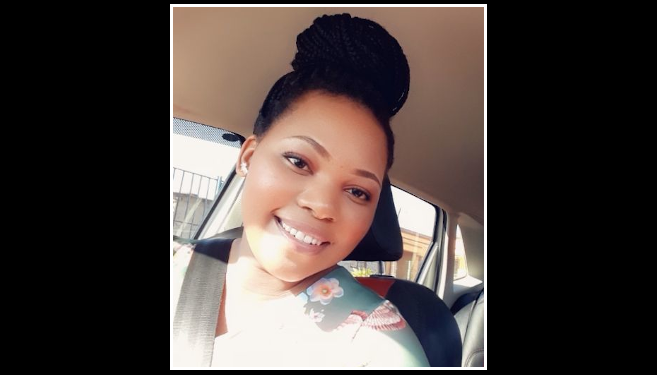 Ms Siphelele Mazibuko whose study aimed to expand her knowledge in the field of theology.

Research that explored “the lived reality of queer people” in the Nazareth Baptist Church (Shembe Church) culminated in Ms Siphelele Mazibuko graduating from UKZN with a Master’s degree in Theology.

Mazibuko says she did the degree to expand her knowledge in the field of theology and to delve deeper into issues ‘pertaining to the intersection of gender, sexuality, health and religion’.  She also saw it a starting point for her academic career.

‘This auto-ethnographic explorative study has allowed me to share my own embodied narrative from the queer perspective,’ said Mazibuko.

Her research examined the concept of ‘othering’ as seen in oppression, isolation, discrimination, exclusion and hate crimes and the pain inflicted on queer people deemed different in terms of gender and sexual orientation.

Mazibuko says her study ‘will bring about a realisation that being African is all about embracing humanity and its diversity and understanding that society is changing.  It will also counter policies and traditional norms that are inhumane because over and above gender and sexual identities, queer people are human beings who should be treated with dignity.’

She examined lesbianism as a rejection of men rather than an attraction to women as well as male violence arising from lesbianism. ‘These results showcase lesbian sexuality and how it is questioned and labelled as “wanting to be men or rejecting men”. Many people still understand lesbian sexuality as a reaction against men’s violence against women,’ said Mazibuko.

‘Heteronormative notions are usually produced by patriarchal systems which make queer lives impossible because Black societies and religious communities believe that anything, including sexual orientation, outside what is considered to be the norm is abnormal, un-African and un-natural and react in negative ways to confront it such as through hate speech, homophobic rape, exclusion, and isolation.’

She said although some families ostracised their homosexual children, others believed in Ubuntu and applied the philosophy’s principles in relationships with their homosexual children as ‘there is no dustbin for a human being. Ubuntu offers an alternative approach to the traditional negative attitude towards homosexuality, promoting more acceptance and communication.’

Mazibuko said church leaders needed to create and establish values that provided guidance for people about relating with others in a dignified manner. ‘Many queer people feel silenced, discriminated against, isolated and excluded.

‘Doing a master’s degree was demanding and often emotionally draining and overwhelming. The COVID-19 pandemic made the situation more difficult but I stuck to my plan and completed the degree.’

Mazibuko thanked her family and friends for their support.

She is currently registered to do a PhD in Theology.