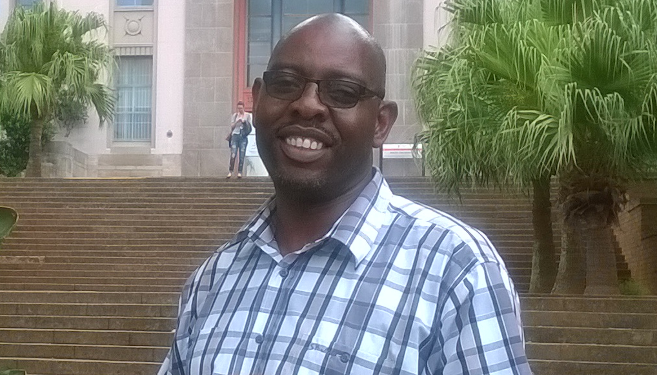 Dr Prosper Takavarasha graduated with a PhD in Linguistics for his research into funeral speeches made by the late former Zimbabwean President, Robert Mugabe for “heroes” buried at the National Heroes’ Acre (NHA) in Harare, Zimbabwe.

The study was in response to contradictory views of Mugabe’s speeches which some labelled as “unrelenting rants”, while others regarded as eloquent orations.

The study expands Halliday and Hasan’s (1976) theory of cohesion by identifying narrative, comparison, argumentation, and contextual framing as four cognitive elements that offer a framework for investigating and evaluating the coherence of speeches.

The study concludes ‘that Mugabe was an eloquent orator as his language use and vocabulary were not random but targeted at the majority of his Shona- and English-speaking audiences. Ideas for further research include analysing all of Mugabe’s funeral speeches, to compare the style and structure of his speeches to those of his successor. Such a comparison could add further insights into the cohesion and coherence of political discourse and the epideictic genre of rhetoric,’ he said.

Takavarasha thanked his family, friends and supervisors for their support during his studies.