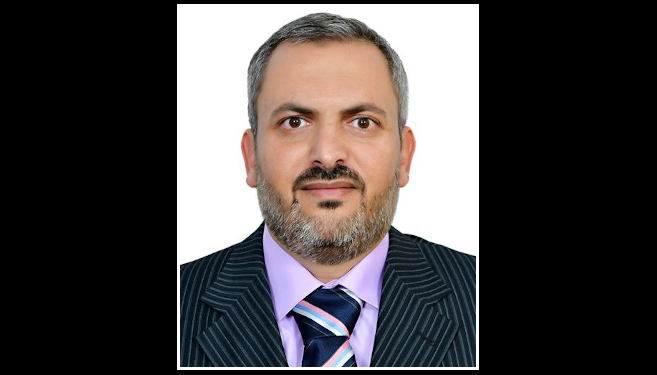 Research that evaluated the validity and reliability of the Tawjihi English Language Examination as a school-leaving qualification in Grade 12 at public schools in Jordan earned Dr Firas Obeidat a PhD in Education.

‘As the Tawjihi English Language Examination - among other exams at the schools - is an instrument for the institutional control of potential candidates who expect to join universities and colleges, it must be understood and evaluated as a high stakes test,’ said Obeidat.

His study is considered the first to benchmark the findings of the Tawjihi English Language Examination and the Oxford Placement Test with the Common European Framework of Reference (CEFR). It analyses the findings of the study by employing the Cambridge VRIPQ (2013) model, which is used for evaluating Cambridge University’s English for Speakers of Other Languages examinations.

Obeidat believes that the findings and conclusions of his study will be of particular interest to all education stakeholders in Jordan.

‘The Tawjihi test was found to be of a very superficial standard,’ he said. ‘For example, in order for students to be placed in the A1 CEFR level, they need to get a score of 165 or more out of 200 in the Tawjihi English language exam, which means the exam does not reflect students’ actual English language abilities.’

He noted that ‘the Tawjihi English language exam doesn’t cover all the skills listed in the Action Pack 12 curriculum and its guiding document, the General Guidelines and General and Specific Outcomes for the English Language: Basic and Secondary Stages in Jordan (GGGSOEL).’

Obeidat found that the mismatch between the exam and the curriculum is also considered challenging, stressful, and a cause of negative feedback on students, teachers, and parents, with a lack of clarity and a great deal of uncertainty surrounding the accuracy of the exam.

An important finding of his study is that ‘although the Tawjihi English language exam is considered to be difficult, it doesn’t reflect students’ true language abilities. His study found that the writing rubric of the exam is too general. By not having specific criteria to distinguish between test-takers, there is a lack of standardisation among markers. The exam protocols, which include the procedures, instructions, environment, and facilities, were found to be fair for all students.’

Recalling some of the highlights of his study, Obeidat said: ‘Traveling to South Africa and meeting my supervisor Professor Ayub Sheik and the South African people was an incredible experience. Exploring South African culture and lifestyle changed my mind about other cultures in general, especially in African countries. My supervisor, family and friends motivated me to continue and finish my study. This let me discover how people, regardless of their culture, background and religion, can help others.’

Obeidat plans to conduct more studies in areas that are important to society in Jordan and elsewhere.

He thanked his family and friends for their support during his studies.