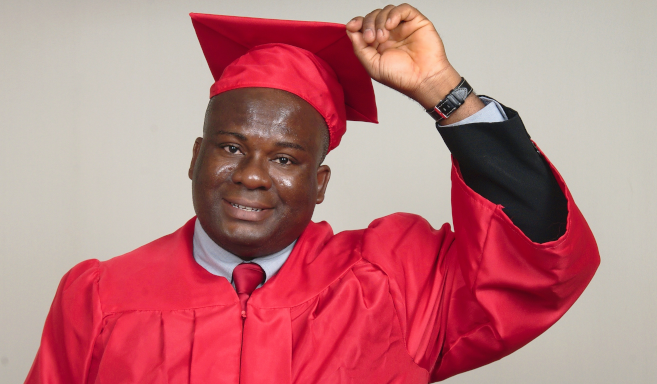 Dr Henry Irabor whose research offers solutions to the long-standing conflict in the Delta.

Conflict Over the Equitable Distribution of Oil Resources and the Sustainability of Livelihoods in the Niger Delta Region was the focus of research which earned Dr Henry Irabor a PhD in International Relations.

Said Irabor: ‘Claims of exploitation, marginalisation, and oppression by the government and the multi-national oil companies operating in the region, have caused conflict between militants and the Nigerian security forces.’

International Law and the Normative System of International Organisations are a panacea for the conflict,’ explained Irabor, who contends that the Nigerian legal system and the judiciary are highly corrupt. ‘No meaningful justice can result from litigation by the Niger Delta people if they do not go beyond the Nigerian domestic legal framework.

The Nigerian government is now taking note of Irabor’s research which offers solutions to the long-standing conflict in the Delta.

He had this advice for research colleagues: ‘Focus on the bigger goal - endurance and selflessness should be the foundation of the pursuit.’

Irabor thanked his family, friends and supervisor Dr Mabuyi Gumede for their support and guidance.

He now plans to ‘join the world of academia doing research that will better the lives of society as one global community and I will start publishing parts of my dissertation with my supervisor.’