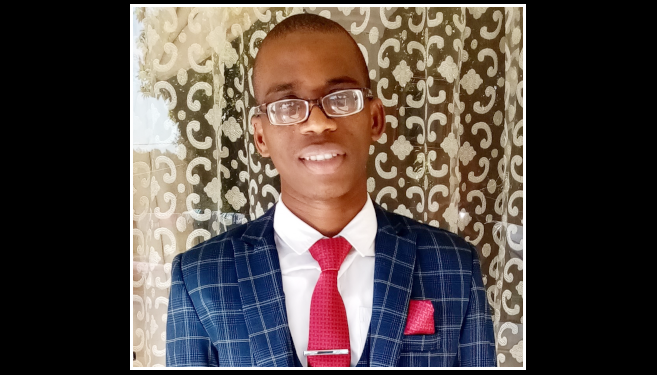 Thethwayo began his journey at UKZN in 2015 and encountered a number of challenges: ‘University life has not been easy. I struggled to see the projector screen, use a microscope and read patients’ files in hospital. I sometimes felt like giving up,’ he said.

Through faith, family, friends and strong support from his supervisors Dr Stacy Lawler and Professor Verusia Chetty, he overcame these challenges and pursued his master’s degree. ‘Without my supportive team, I would never have been successful in my academic pursuits,’ said Thethwayo.

‘He adhered to every task and time frame impeccably, giving of his best at each attempt at his work and graciously accepting correction. Meluleki was a model student. He displayed a delicate balance of interest and curiosity with unwavering diligence and modesty. It was such an honour to be a part of his development,’ said Lawler.

The 24-year old who hails from Emchakweni in Mtubatuba experienced vision issues from a young age. In 2013, he was declared sight impaired and diagnosed with Retinitis pigmentosa, glaucoma and cataracts.

Thethwayo highlighted the significant role religion has played in his life and encouraged others, saying, ‘There is nothing that is impossible with God. One always needs to have faith and be determined.’

Thethwayo is excited about his future plans as he wishes to enroll in a doctoral programme at UKZN and one day join the ranks of academia.