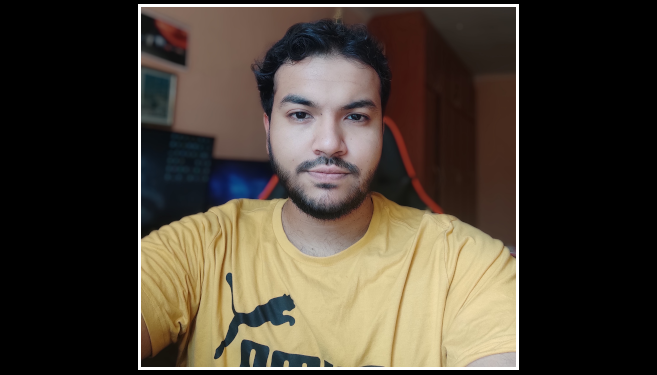 This is what astronomer Mr Moinudeen Mohamed earned for his MSc in Applied Mathematics that determined the star formation rate of a fat galaxy cluster. Using observations from MeerKAT (the largest and most sensitive radio telescope in the southern hemisphere until the SKA comes into being in 2024), he focused on “El Gordo” (the fat one), a distant cluster of galaxies which represent a massive collision of gas, galaxies and dark matter in the distant Universe.

‘The light from El Gordo has taken about seven billion years to reach us,’ commented his supervisor, Professor Matt Hilton.

‘Currently there are a few mechanisms which have been proposed regarding the suppression of star formations in galaxies; however, the dominant mode is yet to be identified,’ said Mohamed.

‘Moin’s study was a big task and very computationally intensive,’ said Hilton. ‘He did a great job on it. He then used the MeerKAT data to study star formation activity in the cluster member galaxies.’

‘I hope that my past, current and future research will play a part in discovering more about our Universe and shed some light on dark matter and dark energy,’ commented Mohamed. ‘The fact that everything we know is part of the observable Universe, which accounts for just 4%, is depressing.’

Mohamed has been awarded a PhD scholarship from the South African Radio Astronomy Observatory (SARAO) and is now investigating the impact of active galactic nuclei and star formation on a large sample of galaxy clusters using other MeerKAT data.

Mohamed did not originally start out in Astronomy, but swapped over after completing two years of Chemical Engineering, when UKZN introduced an Astronomy major. ‘I was interested, joined the programme and stayed with UKZN throughout due to the support I received from the world-class research team and the opportunities at UKZN,’ he said.

On his change in career path, Mohamed had the following to say: ‘Do not pursue something if it makes you unhappy. Leaving engineering to study astronomy was definitely the correct decision as it put me on a path I could never have imagined. It’s never too late to change.’

Mohamed paid special tribute to his mother for helping him get to where he is today. ‘Without a doubt my mum takes the top spot. My dad passed away when I was just seven. My mum took on both roles and still continues even though I am now 27. With her unwavering support, I honestly feel I can do anything.

‘Unfortunately, I can never do enough to pay her back - thanks Mum!’