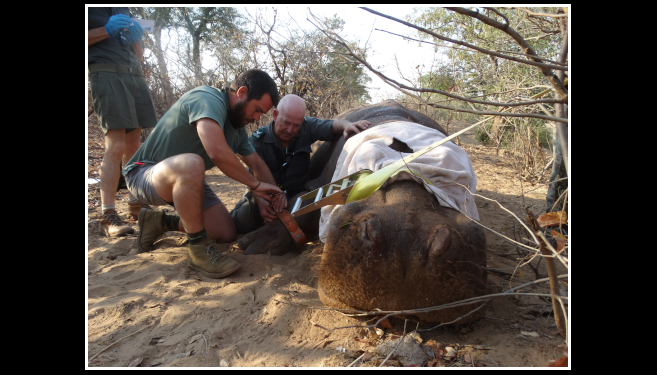 Honing in on Hippos

The common hippopotamus (Hippopotamus amphibius) is one of Africa’s most iconic mammalian species. Hippos play an important and understudied role as ecosystem engineers in their environment, both on land and in water.

Newly-capped Dr Camille Fritsch gained a PhD in Ecological Sciences for his study on aspects of the behavioural ecology of the common hippopotamus, and their consequences in managed systems in South Africa. He was supervised by Professor Colleen Downs.

‘Camille used novel drone technology and radiotracking to obtain ecological and behavioural data on hippos,’ explained Downs. ‘Understanding the environmental requirements and drivers of hippos’ space use is important for their conservation, especially with climate change and loss of habitat.’

Fritsch chose UKZN for his PhD because he was very interested in the work Downs was doing. Hailing from the USA, he also saw it as ‘a terrific opportunity to conduct research in KwaZulu-Natal, one of the global biodiversity and conservation management hotspots of the world.’

He explained that, ‘Hippos are an iconic species across Africa and are unique ecological engineers in both the aquatic and terrestrial environments. Global hippo populations are understudied and decreasing because of a combination of anthropogenic and climate change-induced threats including changes in patterns of rainfall and water run-off, landscape change from an increasing human population in Africa, poor freshwater resources management and illegal hunting, among other factors.

‘The goal of my research was to quantify aspects of hippo behaviour and ecology in response to seasonal and annual environmental changes, to improve the future management of hippo populations in the context of fenced protected areas with finite resources, and to manage sources of conflict between hippos and humans in the developing world.’

Fritsch grew up in California, dreaming about becoming a wildlife biologist in South Africa and doing amazing research on, and interacting with, iconic animals like hippos.

‘This research area provided me with the opportunity to do challenging and rewarding work while contributing to improving conservation efforts of a species that I have cared deeply about since my childhood,’ he said.

His research is significant because hippos, wildlife and natural environments across Africa are generally understudied. ‘My research will contribute to our understanding of the hippos and the systems in which they exist to improve conservation efforts in light of human and climate-induced environmental change.’

Fritsch plans to continue his research on hippos whilst sharing the importance of wildlife conservation with people around the world.

He was quick to acknowledge his support network: ‘The most important people in my journey have been my best friend and fiancée, Kelly, my supportive family at home in California, including my brother Emilien, mom Beatrice, and dad Jean-Georges, and of course my inspiring supervisor Professor Colleen Downs.’

Not surprisingly, when not tracking hippos, Fritsch loves to explore the outdoors with friends and family and to play sport.