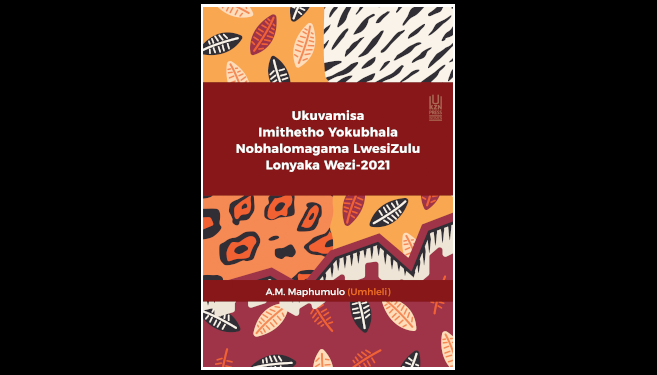 Speaking at the launch, the Deputy Vice-Chancellor for Teaching and Learning Professor Sandile Songca, said language was an important tool that was linked with identity. ‘This project strengthens the University’s resolve to intellectualise isiZulu fully,’ he said.

The book deals with language usage problems in the media, especially isiZulu words that are easily confused with other words and the unnecessary use of borrowed words instead of existing ones. Topics include the history and beginning of the development of isiZulu spelling rules and orthography and the role of isiZulu academics and missionaries in isiZulu writing.

The work further explains the technique for creating new terms and rules for translation, interpreting and writing of dictionaries.

Programme Director and Acting Director of the ULPDO Dr Lolie Makhubu-Badenhorst said the launch coincided with the celebration of International Mother Language Day (IMLD), which had the theme: Fostering multilingualism for inclusion in education and society.

The book is available through the publishers UKZN Press, and also from bookstores and PanSALB.