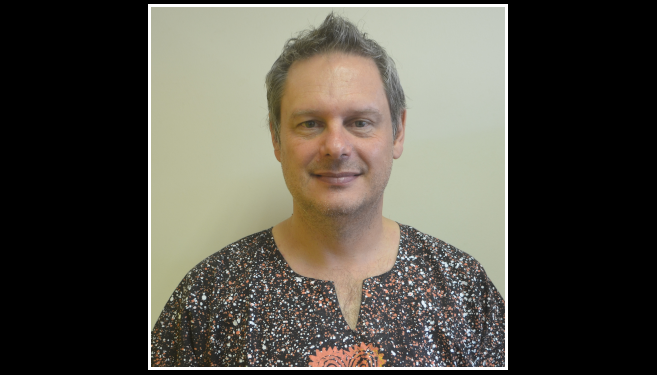 ‘Professor Werner Van Zyl has shown us the importance of collaborations in academic research,’ said Deputy Vice-Chancellor and Head of the College of Agriculture, Engineering and Science, Professor Albert Modi, on the occasion of the inaugural lecture for UKZN’s latest full professor.

Van Zyl, a Professor of Chemistry, earned his BSc (Chemistry and Geology) and BSc Honours degree (Chemistry), as well as an MSc degree (1992) in synthetic organometallic chemistry working on gold and platinum carbene complexes at the former Rand Afrikaans University (now the University of Johannesburg (UJ)).

Following a stint in the chemical industry from 1992-1994 at Implats as a development chemist, he pursued a PhD degree in Inorganic Chemistry at Texas A&M University, USA, under the supervision of John P Fackler, Jr.

With his PhD in hand, Van Zyl was appointed an NWO Postdoctoral Associate (1999-2003) in the Inorganic Materials Science Group, University of Twente, Enschede, The Netherlands. This was followed by a senior lectureship in UJ’s Department of Chemistry in September 2003.

In May 2008, Van Zyl relocated from UJ to UKZN where he is currently a full professor. Van Zyl has graduated 15 PhD students and 14 MSc students to date. He currently supervises four PhD and two MSc students and mentors two postdocs, as the COVID-19 lockdown has restricted normal levels of postgraduate recruitment.

In a career spanning more than 20 years, Van Zyl’s research interests have covered a broad area within molecular and materials chemistry, with a strong focus on, firstly, sulfur-based ligands and ligand design, especially the dithiophosphonates and dithiocarbamates; secondly, the chemistry of the Group 11 metals (Cu, Ag, Au); thirdly, the formation of metal clusters and hydrido clusters of Cu, Ag and Au; and finally, the study of solid-state luminescence of Group 11 metal complexes and materials.

‘My vision is to find an efficient answer to the water-energy-food nexus,’ said Van Zyl. ‘That is, to desalinate seawater or brackish water and make it potable. Then to fabricate, for example, a solar battery to drive the desalination process and, finally, to use the water for agriculture, growing greenhouse foods where there is only one season, and the whole process is sustainable and works within the circular economy and avoids fossil fuels. These processes are solar based and rely heavily on the sun, of which South Africa has plenty.’

‘My first encounter with research started with an MSc degree studying gold (and platinum) carbene complexes,’ said Van Zyl. ‘I continued with gold chemistry at Texas A&M University, USA, where I pursued my PhD degree and started to study the 1,1-dichalcogenato type ligand system that I still pursue today.

‘Following my PhD, as a postdoc at the University of Twente I moved out of my comfort zone from molecular to materials science.

‘Then I returned to South Africa and was appointed at my alma mater. From there I relocated to UKZN where I did the same research until 2017.

‘Now, my primary research focus is on biomass remediation, energy and water research for use in food security.

‘Synthesis remains a major strength in chemistry and materials science that relies on the formation of new molecules and diverse forms of matter,’ explained Van Zyl. ‘My current projects focus on the different synthesis protocols used to form new metal clusters and electrodes.

‘This cluster size domain is believed to become increasingly important for a variety of applications as it is positioned at the interface between the molecular and bulk phases, whilst remaining a classic nanomaterial and retaining unique nano-sized properties.’

Van Zyl thanked his colleagues, students, wife and children for their support.