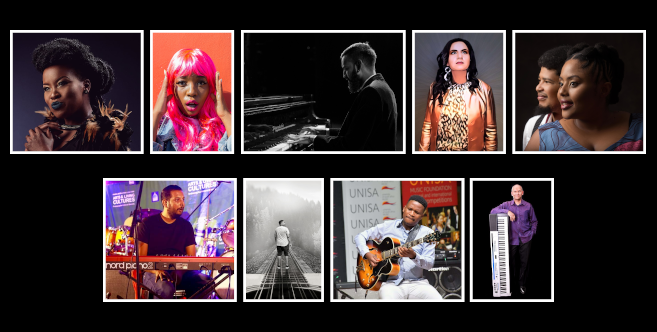 UKZN’s Centre for Jazz and Popular Music in association with Agetv is presenting Beneath the Mask, a four-week music TV series featuring some of Durban’s well-known musicians.

The purpose of the series is to showcase the exceptional musical talent there is in Durban and to give support to artists who have released some incredible music and done amazing musical things during the national lockdown.

Mdamba, who started off as a drummer, said his love for music began at a tender age where he played instruments in a church where his father was a pastor. He says he will release his second single before the end of the year and believes it is going to be a hit.

Dlamini says her third album Fire Born was inspired by her brother who she believes evokes the artist in her.

Naidoo says lockdown gave him time to work on a single that he recently released. He collaborated with talented artists Martin Sigamani, Riley G and IIdo Nanja, recording the entire song remotely.

‘I am currently working on an album called Sometime Before which seeks to reflect on a time when COVID-19 did not exist. I must admit that the album would have not happened if it was not for the lockdown.’

Nosihe added: ‘I like to involve my fans when making music. I firmly believe in bringing authentic music to my people, hence, the live recording of my EP.’