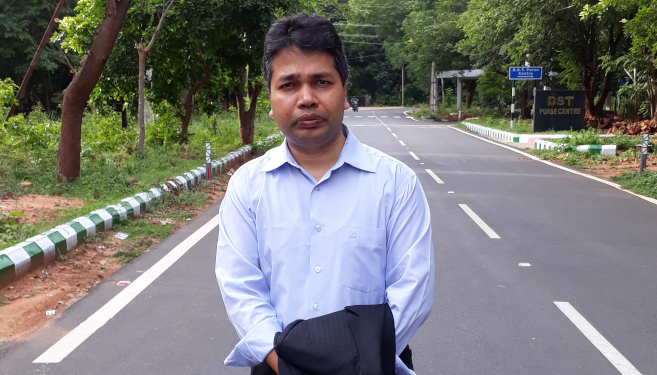 Professor Shahidul Islam of the School of Life Sciences in the College of Agriculture, Engineering and Science has been appointed as an Editor-in-Chief of the World Journal of Diabetes (WJD), which is published by the Baishideng Group in the United States.

The WJD is a high-quality, online, open-access, single-blind peer-reviewed journal with its articles showcasing some of the most influential research carried out by world-renowned academic authors as well as international researchers.

Articles in the WJD, which aims to promote research in the field of diabetes, cover issues and subjects such as Opinion Review, Minireview, Basic Study, Clinical Research, Systematic Review, Meta-analysis, Evidence-Based Medicine, Field of Vision, Clinical Guidelines and Case Reports.

According to the International Diabetes Federation (IDF), almost half a billion people suffer from diabetes worldwide and this figure is predicted to be close to a billion by the year 2045. While almost half of the people with diabetes are undiagnosed, at least 1 in 6 deaths in the world currently occur due to diabetes or associated complications. Almost half of the people with diabetes suffer from one or more diabetes- associated complications such as diabetic neuropathy, nephropathy, retinopathy, cardiomyopathy and diabetic foot diseases. Hyperglycemia is one of the major diagnostic criteria of diabetes and uncontrolled hyperglycemia may lead to blindness, kidney failure and limb amputation as well as death.

Islam is one of the leading researchers in the area of type 2 diabetes and among the Top 15 researchers (2019) at UKZN. He has a C2 rating from the National Research Foundation.

His major area of research is to develop novel and alternative animal models of type 2 diabetes and conduct obesity and anti-diabetic and anti-obesogenic intervention trials of various functional and medicinal foods, alterative sweeteners, medicinal plant extracts, fractions and their isolated pure compounds and their mechanism of actions, for the purpose of developing novel food supplements and better alternative antidiabetic drugs for the management of diabetes.

Islam, who has published more than 160 research papers in international peer-reviewed journals, is also an academic leader for the Biotechnology (Biochemistry, Genetics and Microbiology) cluster on the Westville campus and previously served as a Chair of the University Animal Research Ethics Committee (AREC). He was awarded the 2015 College Distinguished Teacher Award for teaching excellence.

Islam has served as a lead guest editor for the Journal of Diabetes Research (USA) and is currently a guest editor of Frontiers in Chemistry (Switzerland); review editor of Frontiers in Pharmacology and Drug Discovery (Switzerland), and a member of the Editorial Board of the Journal of Biochemical and Pharmacological Research (USA).

Said Islam: ‘My appointment as an Editor-in-Chief of the World Journal of Diabetes while increasing my responsibility on the one hand, has also opened many doors for collaboration with world-renowned diabetes experts.’

Said Dean and Head of the School of Life Sciences Professor Ade Olaniran: ‘This is a prestigious appointment and the School of Life Sciences is proud of the international recognition of Prof Islam as an expert scientist in diabetes research. We are confident that he will make significant contributions towards improving the quality and impact of this highly ranked journal.’