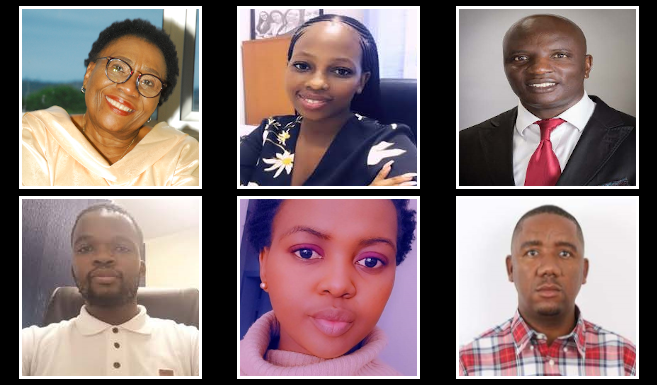 Bridging the Gap between Theory and Practice: Regulating the Private Security Industry was the title of a webinar facilitated by Ms Nomakhosi Sibisi, a lecturer in the School of Applied Human Sciences.

As the former Chairperson of the Private Security Industry Regulatory Authority (PSiRA), Emeritus Professor Fikile Mazibuko who is currently overseeing the Student Services Division (SSD), highlighted the primary objectives of PSiRA, mentioning how the private security industry had grown considerably over the years, cementing its place in society.

‘One only has to recall the important role private security played in the recent unrest to understand the importance of the industry in supporting law enforcement in what can be described as the thin blue line,’ Mazibuko said.

Chief Operations Officer for PSiRA Mr Stefan Badenhorst commented on the role of the private security industry in providing increased protection to property and individuals, giving an overview of the authority as a state entity, an independent regulator, and a self-funded organisation that acts as a law enforcement agency for the industry.

Badenhorst listed the core functions of PSiRA as handling the registration and database of all security service providers and officers; screening all persons intending to be part of the private security industry; overseeing the quality assurance of training standards; inspecting and prosecuting security service providers; and advising the Minister of Police on regulations pertaining to the Private Security Industry Regulation Act.

Acting Deputy Director of Law Enforcement for PSiRA Mr Jan Sambo explained practical aspects of regulating the private security industry, detailing how it included legislation, compliance and enforcement in which inspectors were deployed to make sure that all security service providers and officers complied with the law and were penalised accordingly for failure to do so.

Sambo mentioned some of the challenges and identified how they had encountered legislation gaps due to amendments and new regulations being drafted, a lack of co-operation between law enforcement agencies and a lack of investigation techniques, preservation and the presentation of evidence before a tribunal. He listed the amendment and or promulgation of new legislation, the improvement of stakeholder engagement, and the development of short courses and training as some of the solutions in bridging the gap between theory and practice.

The Acting Manager for Research and Development for PSiRA Mr Tebogo Seanego explained the structure and purpose of his unit in undertaking research that provided relevant insights on the organisation’s core business activities.

UKZN lecturer in the Discipline of Criminology and Forensic Studies Mr Nkosingiphile Mbhele, identified the private security industry as one of the biggest business sectors in the country and said the rapid growth of the industry had been met with regulation challenges. He also discussed the enforcement of the PSiRA Act in drinking establishments.

In his study, Mbhele revealed the importance of enforcing private security legislative and regulative frameworks in regard to bouncers in drinking and entertainment establishments. He felt it would ensure that bouncers as private security personnel were professionally trained and registered with PSiRA, that the industry had gender equality, that the bouncers complied with the PSiRA Act when conducting their duties, and that they were not exploited in terms of payments which would in turn make the spaces they occupied safer and more peaceful.

A Junior Researcher for PSiRA Ms Londiwe Caluza unpacked the topic of barriers for control for the private security industry and student protests in South Africa. Focusing on the role and conduct of security officers during student protests, she explained how personnel were usually compelled by their clients to act beyond their scope of duty in crowd control and spoke about the use of unqualified security guards and uniforms similar to those of state security forces.

Caluza recommended the development of official qualifications, techniques and tactics in the field pertinent to handling protest action and also called for stricter penalties for the use of uniforms resembling those of state security forces.