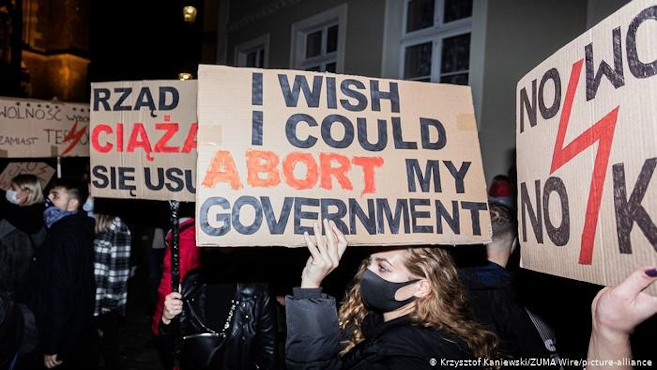 UKZN’s Centre for Civil Society (CCS) hosted a webinar - titled How to Get an Abortion Legally when it’s Illegal - presented by Ms Eva Ptašková, a reproductive rights activist based in the Czech Republic.

The webinar took place against the backdrop of a Polish Constitutional Tribunal ruling, which determined that the law allowing abortions in cases of health issues and malformations of a foetus is unconstitutional. The ruling tightened one of the strictest reproductive laws in Europe and effectively banned the vast majority of legal abortions in the country.

Ptašková explained that in Poland abortion was only allowed when a pregnancy risked impacting on an individual’s mental or physical health or when a pregnancy was the result of a criminal act.

She discussed how legal access to abortion had changed in the country over the years, leading to protests despite COVID-19 restrictions. ‘Poland went into a frenzy and despite restrictions on public gatherings, a wave of unprecedented protests moved the nation.’

Ptašková is part of a non-profit organisation called Ciocia Czesia that supports the access of people to safe and legal abortions in the Czech Republic.

‘Our objective is to provide reliable information about reproductive health and help with access to safe and legal abortion.’