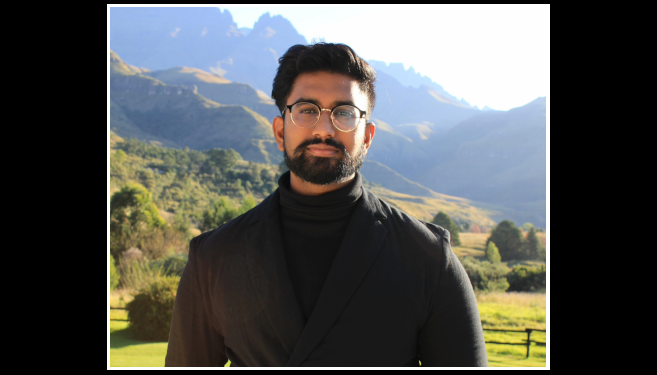 South Africa shattered legal reality recently by becoming the first country to grant a patent in which an Artificial Intelligence (AI) entity named DABUS was listed as an inventor. The grant of the patent to DABUS in July this year was met with surprise and criticism, however, it signaled to the rest of the world that South Africa had moved away from the idea that only human beings are capable of inventing!

This is according to Mr Meshandren Naidoo (26) - a doctoral candidate and a member of the African Health Law and Research Ethics Flagship Flagship at UKZN who has been at the forefront of the debate on the issue as it is the position he takes in his PhD thesis. His commentary on the matter resulted in him being one of only two South Africans to have their work featured on Patently-O, the leading patent law blog in the United States.

He has since been invited to collaborate with global leaders in patent law litigation and academia, including Professor Ryan Abbott who leads the charge globally for AI inventorship rights. Naidoo’s work has also reached Dr Stephen Thaler himself, the creator of DABUS.

‘The United States and Europe interpret their patent laws as only allowing humans to be inventors, and that inventorship requires legal personality - something which AI lacks,’ said Naidoo. ‘While no reasons were given by South Africa as to why they differed from the approach followed elsewhere, the move is supported by the broader policy intention posed by the South African government. These policy arrangements hint at increasing innovation and using cloud computing and AI to do so.

‘By allowing AI inventorship, perhaps South Africa has just signaled to the world that we are ready to make decisions that benefit our socio-economic contexts, even if they are contrary to those of the leading countries - a move which can make investing in South Africa and AI far more attractive. Interestingly enough, a few days after the South African grant an Australian Federal Court ruled that AI can be an inventor for the purposes of patent law,’ he said.

Naidoo, who acts as an intellectual property peer reviewer for academic journals on an ad-hoc basis, has given keynote addresses in South Africa, as well as showcased his work at international conferences. Currently, he is writing several articles for publication in various national and international journals - one of which has been accepted for publication in the South African Law Journal (SALJ).

He is due to speak on September 8 at a UKZN hosted discussion of AI in healthcare. The event is free for registration here.

In keeping with democratising and encouraging discussions about the law, Naidoo has published works on other open access platforms, such as The Conversation and MoneyWeb, the World Economic Forum, and Mail & Guardian and has given media interviews on SAFM radio.

•    Mr Meshandren Naidoo is a PhD Fellow and a member of the African Health Research, Law and Ethics Flagship at UKZN, specialising in AI and intellectual property law.