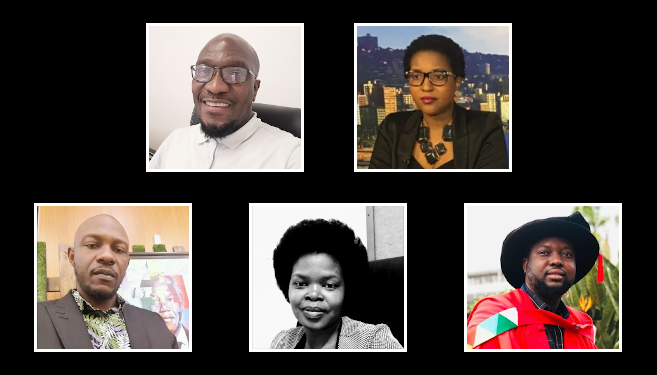 The Corporate Relations Division (CRD) hosted a webinar to commemorate World Refugee Day. Celebrated on 20 June, ‘the day seeks to honour over 80 million refugees around the world that have been displaced from their homes due to threats of prosecution, conflict and violence,’ said Ms Normah Zondo Acting Executive Director: CRD.

Themed: Together we heal, learn and shine, the webinar was facilitated by Ms Thandeka Duma, a lecturer and supervising attorney at the UKZN Law Clinic.

Mr Thifulufheli Sinthumule, the Executive Director of the Consortium for Refugees and Migrants in South Africa (CoRMSA) focused on the organisation’s role in promoting and protecting the rights of asylum seekers, refugees and migrants.

He explained that the United Nations (UN) pronounced an international day for refugees in 2001 with the ‘objective of building empathy and understanding of their plight by recognising their resilience in rebuilding their lives and creating opportunities to support them.’

Noting that refugees and asylum seekers are extremely vulnerable, Sinthumule defined a refugee as someone who is forced to flee their country and cannot return home because of persecution, war or violence; and an asylum seeker as a person who hasn’t yet been legally recognised as a refugee in the country they have fled too, pending their asylum claim.

He observed that South Africa’s asylum application system is characterised by a lack of statistics on migration in the country; a high rejection rate leading to a growing number of undocumented asylum seekers; and a struggle to gain access to basic services such as shelter, healthcare, education, verifiable documentation, employment and banking at grassroots level. He added that, in addition to these challenges, refugees have to grapple with the government’s denial of xenophobia which creates institutionalised xenophobia.

Ms Nomagugu Mlawe, Legal Clinic Manager for Lawyers for Human Rights examined the state of refugee protection in South Africa. She noted that the asylum application system is riddled with challenges and that current legislation is regressive in nature.

Reviewing some of the restrictive policies she listed them as follows and explained:

•    Closure of Refugee Offices - the offices have remained closed since the national lockdown took effect in March 2020 which has left a number of first time applicants’ arrivals undocumented.

•    The Border Management Agency Bill proposes that the Refugee Reception Offices be moved to the borders and everything be managed from the border line.

•    The Refugee Amendment Act has removed the 180-day waiting period for the determination of asylum claims, which has created a huge backlog as an indefinite time period now exists for claims. The Act has also created other restrictions with negative impacts - including removing the automatic right to work and study as a refugee or as a recognised asylum seeker.

Mlawe ended by highlighting the “paper wall” that is being created by the Refugee Amendment Act. She called for ‘urgent change in South Africa’s implementation systems and policies in order to provide better outcomes for refugees and asylum seekers.’

Mr Bukuru Mulumbu a UKZN master’s student offered his perspective as a refugee. He confirmed that refugees face challenges even at tertiary institutions. These include being excluded from admission, loans and bursaries due to refugee permits not being recognised by the institution; and differential treatment which creates tension between refugees and local students.

Highlighting the psychological effects, he said, ‘We feel lonely and hopeless as refugee students and long for a place that we can identify with and call our home because we no longer belong to our home countries.’

Mulumbu suggested student dialogues where local and refugee students can have conversations on a safe platform and the creation of a peace ambassador academy as some of the solutions.

In closing, Dr Simbarashe Tembo a lecturer at the UKZN School of Law gave summary of the panelists discussions.