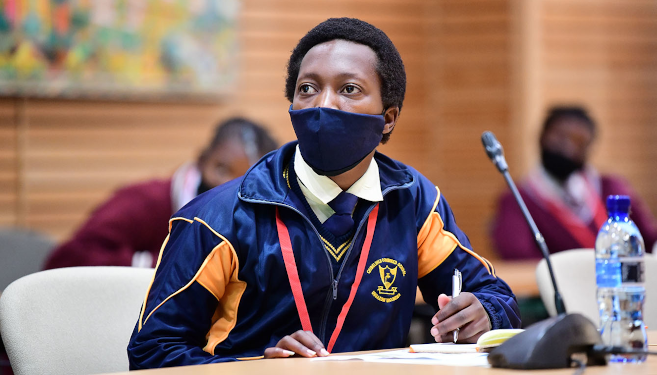 The young learners hailed from Lugaju High School and Chibelihle Combined High School in the District of Impendle on the outskirts of Pietermaritzburg. This impoverished rural District has an estimated unemployment rate of 56%, and only 0.7% of its population have completed Higher Education. Females head 57% of households, with 2% headed by children.

The initiative aimed to change mind-sets and inspire young women to look beyond the traditional roles reserved for women. Another key goal was to build the learners’ self-esteem and provide options within tertiary institutions as education is essential in breaking the cycle of poverty.

The young women responded positively to the event. Many noted that they did not think that Higher Education was possible. Learning about funding options gave them hope for the future.

Key sponsors of the event were Microsoft, Darul Ihsan, the Provincial Public Service Training Academy for KZN, the Directorate HIV/AIDS, and staff of the Directorate HR Support within the Office of the Premier. Presentations were delivered by UKZN’s Corporate Relations Division, Student Support Services, Career Development Services, Disability Support, Sports and Health, Residence and Financial Aid.

Coordinator in the Office of the Premier, Ms Nerusha Moodley said that the project will be ongoing, with more young women hosted in the future.