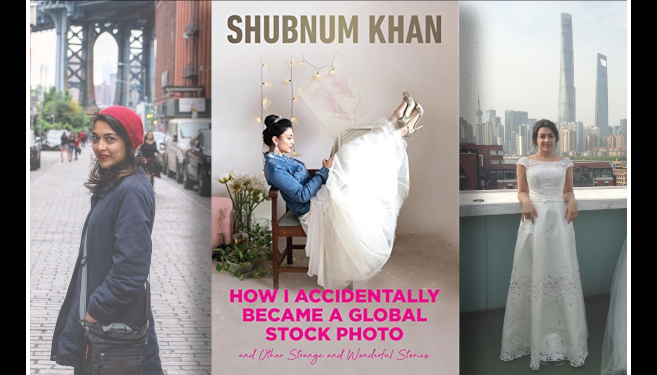 Khan takes the reader around the world through a series of introspective anecdotal essays, reflecting on what it means to be a woman, particularly a single Muslim woman in South Africa, trying to find herself in a modern world. ‘This is a book about holding onto hope and a reminder that once you step off the edge, anything can happen,’ she says.

The journey includes teaching children in a remote village in the Himalayas, attending a writers’ residency where the movie The Blair Witch Project was shot, getting pulled out of the ocean in Turkey and becoming a bride on a rooftop in Shanghai.

Writing during a year of pandemic life, Khan pays homage to the human connection: ‘I am anti-social, I am a bit of an introvert, but I realised the fundamental thing of life; to connect with people,’ she said.

Talking about the title of the book, Khan says, ‘I was teaching a course in media studies at UKZN and sitting in my office one day when someone told me to check my Facebook wall. A small discussion had erupted after my friend Sana in Canada posted an advert she’d found in her local newspaper, The Globe and Mail, that featured me. It was an advert promoting immigration.’

Khan’s face has since appeared in a McDonald's advert in China, and been used to sell carpets in New York and advertise a dating site in France. ‘I couldn't understand why my face was in a paper all the way on that side of the world.’

Khan realised that she and some university friends had gone to a free photo shoot she had heard about called the 100 Faces Shoot. The photographer promised 100 people professional portraits in exchange for being snapped. Little did she know that these photos would turn into stock photos.

As more of the photos emerged, she contacted the photographer who confirmed she had signed away the rights to the photos and that they were now stock images that he sells. Even though the photographer has obliged and removed her stock images, Khan’s face has continued to crop up on ads by companies that had already bought her image. Not as many as before, she is relieved to report.

‘It’s a great party story,’ Khan says, but she wants to keep it as a cautionary tale. ‘I can easily see how we were all used. I feel quite stupid and I don’t want other people making the same mistakes. Don’t sign up for free photo shoots, read what you sign and also don’t believe most of the things you read on the Internet,’ she warns.

The book can be purchased from all major book retailers.