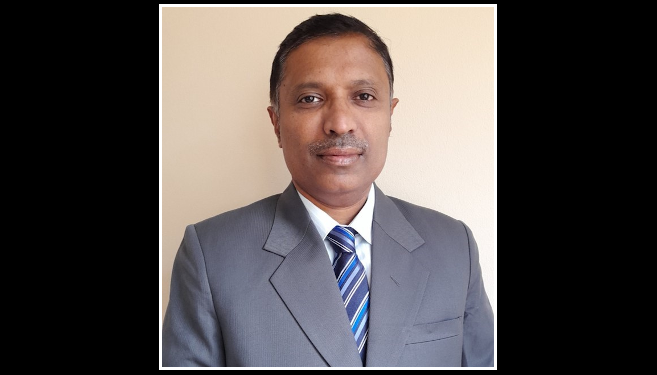 Dr Boby Varghese, Head of the Centre for Academic Success in Science and Engineering (CASSE).

UKZN’s Centre for Academic Success in Science and Engineering (CASSE) received a major boost with the recent appointment of its first Head, Dr Boby Varghese, who is no stranger to the College of Agriculture, Engineering and Science (CAES) family, having worked in Science Access since 2009.

Varghese comes with a wealth of institutional knowledge and has garnered significant experience internationally as a researcher and manager. He joins CASSE at a time of great upheaval in the academic sector where funding cuts are the order of the day, so his very successful track record in attracting funding from multiple sources is highly appreciated.

Varghese - whose research field is in ex situ conservation of plant germplasm, especially cryopreservation and oxidative stress biochemistry - has successfully supervised many doctoral, masters and honours students at UKZN. He was one of the first researchers in the world to investigate cathodic water as a potential antioxidant in successful plant germplasm conservation.

CASSE, the brainchild of CAES Dean of Teaching and Learning Professor Naven Chetty opened in 2016, stemming from the erstwhile access programmes in the CAES - the former UNITE Engineering Access Programme, the Augmented Science Programme and the Science Foundation Programmes.

The vision of CASSE is to be a Teaching and Learning Centre of Excellence, providing access to Higher Education for students (from Quintiles 1 to 3) from socio-economically disadvantaged backgrounds who have an aptitude to succeed in Science or Engineering degrees but are unable to gain entry into those mainstream degrees via the stipulated selection process. The main mission of the Centre is to empower such students to reach their academic potential through a well-structured teaching and learning programme that provides a holistic learning experience.

CASSE houses the Science and Engineering Access Programmes which offer modules that complement their mainstream counterparts to facilitate articulation into mainstream degrees once students complete the two augmented years; as well as the College’s Academic Writing Division, Academic Monitoring and Support Division, and the Access Student Support Division. It is also mandated to carry out teaching and learning research and attract funds through national and international grants and third-stream income.

‘CASSE encompasses a key structure in the education sector in South Africa comprising the science and engineering access programmes,’ said Varghese. ‘Over the past decade, there has been a steady decline in the number of students exiting the secondary school system with the requisite entry requirements for Science, Technology, Engineering and Mathematics (STEM) qualifications. The call to fulfil the country’s need for qualified scientists and engineers is critical. Access programmes provide an alternate route of entry for students to Higher Education in these STEM subjects.’