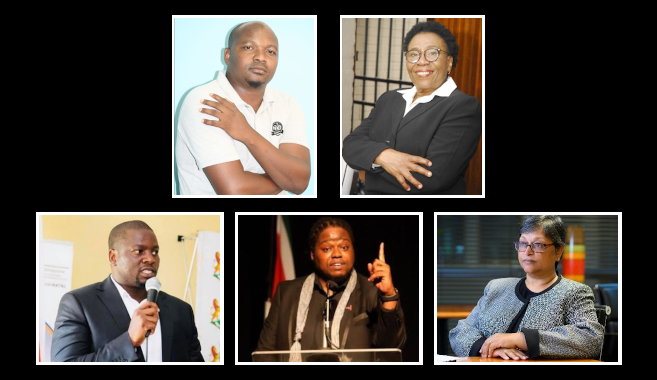 UKZN’s HIV and AIDS Programme recently held its first virtual annual candlelight ceremony and webinar to show solidarity and support to individuals infected and affected by the AIDS pandemic, and to remember those who lost their lives, not only to HIV and AIDS, but to other pandemics including COVID-19.

Themed: Breaking Down Barriers of Stigma and Discrimination and Giving Hope, the aim of the webinar was to honour frontline and healthcare workers including peer educators for their selfless contribution in minimising the spread of HIV and AIDS as well as COVID-19.

This annual ceremony is a community mobilisation campaign to raise social consciousness of HIV and AIDS. It also serves as an intervention for global solidarity, breaking down barriers of stigma and discrimination, and giving hope to the new generation.

Facilitating the webinar, Interim Senior Director: Student Services Division, Professor Fikile Mazibuko said the campaign is the product of a partnership between UKZN and relevant stakeholders. ‘KwaZulu-Natal is still the epicentre of the pandemic and with the University situated in the province, it saw it as necessary to align with the international health calendar in driving various initiatives of which the candlelight ceremony is one.’

Delivering the keynote address, Abdool Karim shared the scientific experience in relation to the dual pandemics of HIV and COVID-19, highlighting the challenges and opportunities.

Presenting recent statistics, Abdool Karim said that in 2019, 38 million people were living with HIV, and there were 690 000 HIV related deaths, and 1,7 million new HIV infections. With COVID-19, there are 167 million cases and 3,4 million deaths. She added that South Africa had seen two surges (June/July and December/January) and with the rising number of new cases, we could be at the beginning of a third wave. ‘We need to bear in mind that with both HIV and COVID-19, there is absolutely no room for complacency.’

Unpacking the 2019 HIV statistics, Abdool Karim said the most concerning are new HIV infections. She noted the 2020 global target was 500 000 and ‘we are three times more than where we should be’ and added that of the new infections, which stand at about 4 500 each day, ‘70% are in sub-Saharan Africa and one in four new infections are in young women aged 15 to 24’.

However, Abdool Karim said with the release of the recent United Nations AIDS Programme’s new 2025 targets, on treatment there have been great strides in changing AIDS from being a fatal condition to one that is chronic and manageable.

She noted that Africa has a young population with more than 65% of the population being under the age of 35 but she said when you have at age 31, 70% of the women and 40% of men infected, this gives some indication of the devastation and the impact AIDS is having on our communities, our society and our populations.

Turning to discrimination and stigmatisation, she said: ‘Globally as we walk this last mile, we have seen how stigma and discrimination impede our efforts and if you look at who is being left behind, it is populations that are discriminated or marginalised in some way or the other.’

In conclusion, Abdool Karim said as South Africa prepares for the third wave and continues to live with COVID-19 and balances saving lives and livelihoods, this is an opportunity to address the inequalities that underpin some of the vulnerabilities that we see generally to pandemics whether HIV, Malaria, Ebola, TB or COVID-19.

‘Unless we work together, respect everyone, deal with stigma and discrimination and work in true partnerships across all levels, we will not achieve this last mile and the opportunity to end AIDS as a public health threat.’

Xaba, who was infected with HIV at the age of 20, shared his experiences in relation to HIV and the COVID-19 pandemic while promoting positive living. He spoke of the challenges he faced in disclosing his status to his immediate family and friends. What encouraged him to disclose was the number of friends and people close to him who were dying of AIDS because they were in denial and not receiving treatment.

Nzimande spoke on the mental health and psychological support needs of people living with HIV and AIDS. He commended the UKZN peer educators programme and said that it allowed the University to use young people to influence the youth. He noted that, in his work, he is not pushing for people to disclose their status, but is pushing for the environment to be more conducive for people to be able to live freely whether or not they want to disclose. He encouraged social science experts to conduct research on whether young people are receiving the resources that they need.

Phakathi commended the speakers on their eye opening presentations and shared his experiences of being a student leader and his involvement in the peer education programme.

Mazibuko thanked all the speakers. She noted that the lighting of candles was to salute frontline workers’ contribution to the fight against COVID-19 and to mourn the lives that have been lost.