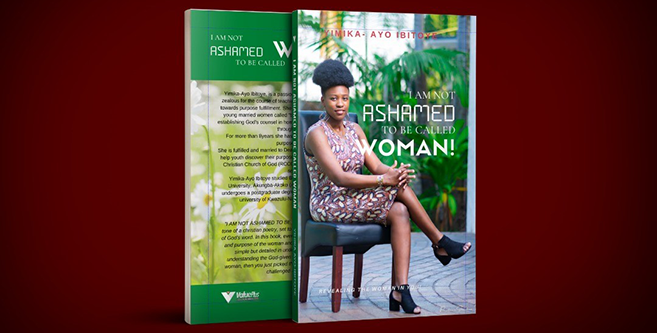 Ms Oluwayimika Eunice Ibitoye is not ‘ashamed to be called a woman’.

Ibitoye said, ‘Prostate cancer has evolved over the years despite various treatments and therapy. Despite therapies involving chemical, surgical or hormonal treatment, the cancer cells in CRPC, which is an advanced form of prostrate cancer, have been found to continue to grow and develop at an alarming rate. The basis of this study, which was funded by the National Research Foundation, was the novel compound (Y08197) which aimed towards CREB-binding protein and was reported to have anti-cancer properties and a therapeutic effect on CRPC.’ The study produced two articles that were published in peer-reviewed journals.

Ibitoye holds an undergraduate degree in Biochemistry from the Adekunle Ajasin University in Ondo State, Nigeria and an honours degree in Biochemistry from UKZN. She said, ‘My time at UKZN was a dream come true as I searched for an institution with the hallmarks of academic excellence, innovative research, entrepreneurship skills, and social integrity and I found UKZN to be the best.’ Towards the latter part of her studies, she was inspired to write a book titled, I am not Ashamed to be Called a Woman.

According to Ibitoye, ‘This book unveils the divine secret of the woman’s super-power within and describes an awakening into total well-being despite the daily hurdles of womanhood. I dedicate it to every woman who believes in being above average, and leading and living life purposefully. I wrote it out of passion and faith in woman and as a seed of motivation and hope for the unmeasurable height a woman can achieve. I also authored a woman’s magazine, entitled Awaken, with two editions published as e-copies.’

Ibitoye’s future plans are to pursue a doctoral degree under the supervision of Soliman.