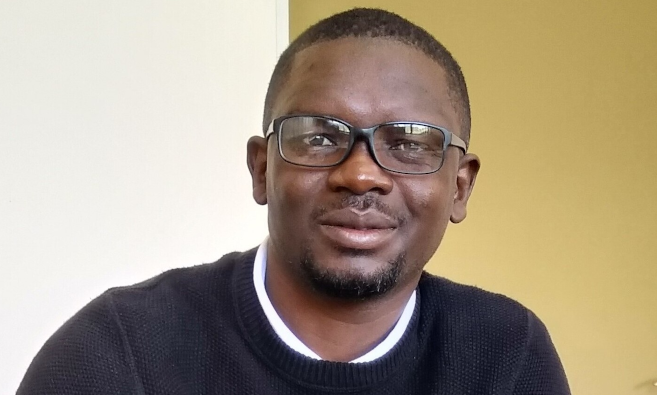 UKZN student and veterinarian and bacteriologist in the Department of Veterinary Microbiology, Faculty of Veterinary Medicine at the University of Maiduguri in Nigeria, Dr Iliya Kwoji, has been appointed American Society for Microbiology Young Ambassador to South Africa.

Kwoji is enrolled for a PhD degree in Genetics at UKZN and through collaboration is also a visiting researcher at the Agricultural Research Council (ARC) in Irene.

His research focuses on the cell-to-cell interactions among lactic acid bacteria using multi-omics techniques under the supervision of Dr Matthew A Adeleke (UKZN), Dr Olayinka A Aiyegoro (ARC) and Dr Moses Okpeku (UKZN).

Kwoji has been an ASM member since 2019 as well as a member of other professional bodies, including the British Society for Antimicrobial Chemotherapy (BSAC), the International Scientific Association for Prebiotics and Probiotics, and the South African Society for Microbiology.

As ASM Young Ambassador to South Africa - a competitive position requiring hard work, and scientific and leadership skills - Kwoji will aim to promote microbial sciences among young and early-career researchers and foster local and international collaborations.

Kwoji joins a prestigious network of over 100 Young Ambassadors of Science around the world who are passionate about advancing microbial sciences in their communities and globally.

Commenting on his appointment, Kwoji quoted French chemist and microbiologist Louis Pasteur: ‘Science knows no country because knowledge belongs to humanity and is the torch which illuminates the world. In the field of observation; chance favours only the prepared mind.’

Kwoji said that the position meant a lot to him as an emerging scientist. ‘Establishing collaborations in multidisciplinary research is the only way out of the current global challenges confronting humanity. It also means that no matter where we come from, enthusiasm and tenacity are potent tools to achieving our dreams in life.’

He hopes to raise awareness of ASM activities among young African scientists and educate them on how to tap into the opportunity to better their careers by engaging in active collaborations, both locally and internationally.

‘I sincerely appreciate the decision by the leadership of ASM to appoint me to serve in this prestigious position,’ he said.