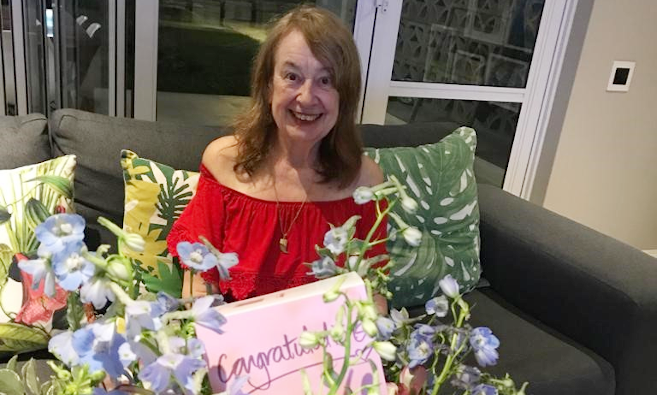 De Haas was a senior lecturer and Programme Director for Social Anthropology at UKZN for 20 years before retiring in 2002. She remains an Honorary Research Fellow in the School of Law and a member of the Navi Pillay Research Group which focuses on justice and human rights.

She said the news of the accolade came as a surprise. ‘I was completely taken a back and it took a while for the news to sink in. When it did, I was deeply honored and humbled.

‘For me, this is recognition of the importance of social justice work, generally - being retired for the past 18 years, I am not looking for career advancement of any sort. I have carried on with the human rights work because I believe it is the right thing to do, but what I enjoy most is my research and writing,’ she said.

De Haas was active and involved in community work in the 1980s while lecturing Social Anthropology at the then University of Natal (now UKZN). She began collating information on violence, distributing it widely in an attempt to educate people, especially White, about what was happening in some communities in KwaZulu-Natal. Since then, she has been involved in research into - and the documentation of - political violence in the KZN province.

‘Although my research interests were in anthropology, when I went into the townships in the 1980s, people would inform me about serious incidents of violence and ask for my help when under attack by warlords. I committed myself to helping and actively started lobbying the political opposition, business, the media and others in an attempt to get them to pay attention to what was happening… and to do something about it,’ said de Haas.

From 1995, she served on the UKZN Medical School Research Ethics committees, chairing one of them. In 2008, she resigned and together with several colleagues formed the Medical Rights Advocacy Network (MeRAN), a voluntary but independent bioethics grouping which the UKZN Law School’s Professor David McQuoid-Mason was also a founding member.

De Haas said she was grateful to have been part of UKZN and witness how the University aligned itself with progressive forces in South Africa, especially in the 1980s. The University of Natal actively promoted community outreach and ‘socially responsible research’.

‘I am also extremely grateful for the true academic freedom experienced during 80s and 90s where one could be outspoken and unpopular with politicians, but the University always stood by you.’

Addressing the Class of 2021 at Rhodes she said: ‘Congratulations on your achievements, but don’t rest on your laurels, keep on learning throughout your life and try to excel in your field. Be grateful for what you have - even basics like a roof over your head, enough food, clean water and a good education in a country where so many of our people lack those basics.’