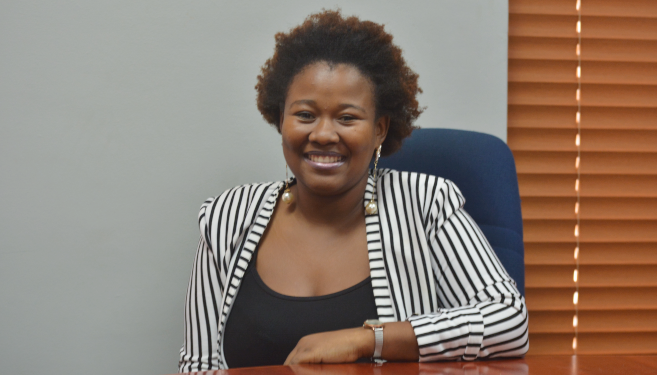 After sending out many job applications - which all proved unsuccessful - Ms Yamkela Nhleko took a decision to continue with her studies rather than stay at home.

She continued working towards her master’s degree and along the way, used skills acquired during her research to assist in a project she co-founded with a friend, Ms Nondumiso Mjweni. The project, titled: Intsika Yomhlaba, aims to assist learners, especially living in underdeveloped communities, to apply for admission to Higher Education Institutions and to take advantage of bursary opportunities.

Industry 4.0 is thought to offer opportunities to address some of the many global challenges to job creation which is particularly important and relevant for a country like South Africa where there is an imbalance between skills demand and supply, a high unemployment rate, and increasing pressure to train and employ the youth.

‘My work is adding to the body of knowledge by fellow researchers within this project and hopefully, will contribute towards our local socio-economic development,’ she said.

She thanked her mother who has been her source of strength throughout.

Nhleko is currently an intern at the eThekwini Maritime Cluster.