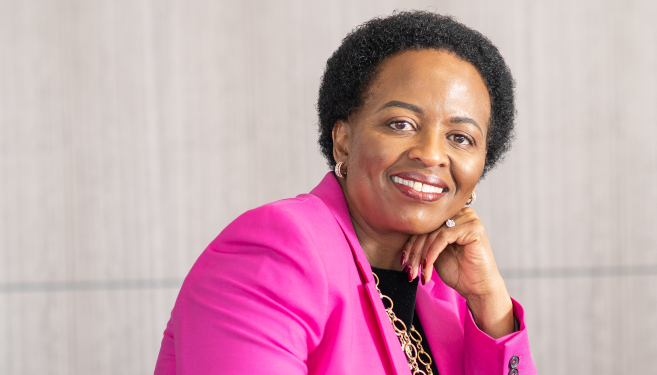 Mokoena also holds a Bachelors of Social Sciences degree, an Honours in Human Resources Development, a postgraduate diploma from Leicester University in the United Kingdom, as well as several Business Executive programmes - completing all her university qualifications as a working mother and wife. She is also a qualified nurse, which was her first formal qualification.

Her master’s study titled: Managing Organisational Culture Change in a South African Multi-National Company, sought to (1) understand the factors that influence organisational culture change; (2) identify effective approaches to communicating change; (3) investigate the existence of subcultures; and (4) understand how to align company culture across an organisation.

The findings of the study indicate that organisational factors that impact culture change efforts include: leadership behaviours and the leadership’s ability to manage culture change efforts; alignment of the business case for change; dealing with employee resistance to change; the use of effective communication approaches; and the fact that sub-cultures and gender differences in experiencing culture exist in the workforce with not a single aligned organisational culture.

‘I am passionate about people and culture as elements (which are) critical in creating and delivering value in organisations. The master’s programme allowed me to choose a study area and topic directly related to my role, responsibilities and work as well as my organisation’s priorities,’ said Mokoena.

‘The study makes an immediate contribution to the deliverables and priorities of the teams I lead and work with, and enriched my perspectives on culture change. It also provides a knowledge base from which I can explore further business studies while reaching out to contribute my knowledge and skills beyond my current work role and even beyond my organisation.’

Mokoena says studying for this degree allowed her to further deepen her capabilities on how to intervene in organisations on culture change, as well as how to enable the development of business solutions about people and culture.

‘Organisational culture is a core element in creating a compelling value proposition for company’s employees beyond aspects such as remuneration and career development. This requires leaders to analyse the culture of an organisation from an employee experience lens as well as the company’s.’

The study also revealed that there are gender disparities in how organisational culture is experienced, which is of keen interest for her.

Congratulating Mokoena on this achievement, her supervisor, Professor Cecile Gerwel Proches said Mokoena’s commitment to the area of research and her strong work ethic made it a pleasure to work with her.

Mokoena says her family is excited and very proud of her achievement. ‘They share in it!’