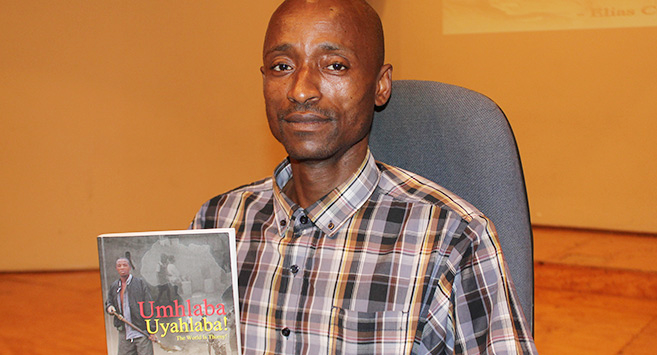 Goals Delayed Were Not Goals Denied for LLB Graduate!

Dr Elias Cebekhulu (50) left his home to pursue a Law degree only to discover his results were not sufficient for him to enroll at university.

‘The rejection led to me taking a different academic direction and I had to live with that reality for many years,’ said Cebekhulu.

He eventually got into university and completed a PhD in Social Policy in 2002. ‘As an academic, I started writing and completed peer-reviewed articles, book chapters, and a book. Having written more than 25 articles and book chapters as well as supervising over 22 master’s and PhD candidates, I still felt that there was a knowledge vacuum that existed within my intellectual space,’ he said.

Law beckoned again, so in 2017, Cebekhulu enrolled for a Bachelor of Laws degree as a full-time student despite being employed, meaning he had to juggle his work and study loads.

‘I remember one day while reading Confucius’ intellectual contribution, I came across his assertion that if you aspire to remove yourself from the chains of ignorance, you must find time to read or surrender yourself to self-chosen ignorance. I was then inspired by his wisdom to venture into the area of Law in search of new knowledge that is only found in the science of Law.’

‘There were many of us who started the LLB academic journey, but lots did not succeed along the way because of the intensity of the work load and rigorous assessment. It was in third-year that I became convinced that I had enough stamina to finish this academic journey,’ said Cebekhulu.

He thanked his study group, dedicated Law lecturers, and the School of Social Sciences. ‘To my family, forgive me for sacrificing you in the quest for an LLB,’ he said.

Cebekhulu - a senior lecturer in the School of Social Sciences (Industrial Organisation and Labour Studies) - says he now looks forward to achieving degrees in Law, writing papers, and practising Law.