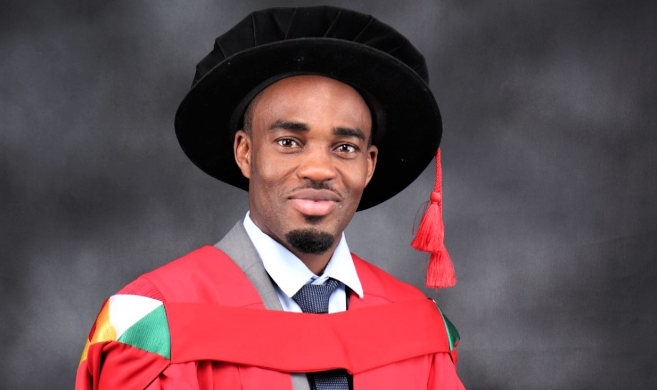 Exploring experiences of vulnerability among local Black African women in adapting to the impacts of flood disasters in the Durban metropolitan areas resulted in Dr Fidelis Udo graduating with a PhD in Political Science.

The sampled women were from Inanda, Ntuzuma, KwaMashu and uMlazi.

The study also focused on how municipal climate adaptation policies address women’s vulnerability to such impacts and is premised on the recognition that ‘women and men are experiencing climate change differently as gender inequalities persist around the world, affecting the ability of individuals and communities to adapt.’

Said Udo: ‘Women who are poor are more likely to experience the greatest impact and this is due to the socioeconomic, socio-cultural and socio-political dynamics that promote gender inequity and continue to put women at the lower status both in homes and in workplaces.’

He says women are leading the way in the search for more equitable and sustainable solutions to climate change. ‘Across sectors, women’s innovations and expertise have transformed lives and livelihoods and increased climate resilience and overall well-being.’

Udo called for the recognition of the important contributions of women as decision makers, stakeholders, educators, caretakers, carers and experts across all sectors and levels. He argued that a gendered analysis and examination of climate change and its impact could contribute towards effective, successful and long-term solutions to climate change and adaptation.

‘Considering the South African context which is largely characterised along race, gender and class lines, it is pertinent that the eThekwini Municipality takes an intentional approach towards addressing the vulnerability and adaptation needs of poor Black women, especially in various rural settlements affected by floods and other climate disasters,’ he said.

One of the examiners noted that ‘a key strength of this research is its employment of the intersectional lens to gender and climate change.’ A fellow examiner added: ‘Acknowledging the advances that South Africa has made since becoming a democracy and ending apartheid, the researcher is cognisant of the outstanding challenges, including the persistence of discriminatory practices and inequality.’

Udo’s supervisor, Professor Maheshvari Naidu was proud of him. ‘Fidelis has traversed a long path and triumphed against some early obstacles. He overcame his limited background in gender studies as he was a Political Science student and he did this by persistent effort and critical engagement with the relevant literature. It is immensely heartening to read the highly complimentary reports by two of the examiners who have strong feminist backgrounds,’ said Naidu.

Udo - who thanked his family, friends and supervisor for their support - plans to apply for postdoctoral opportunities and to boost his research portfolio in academia. ‘I love community service and I will be serving the community in my own capacity,’ he said.