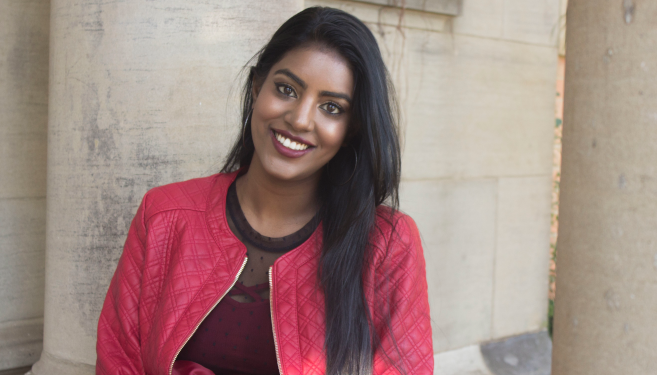 Naidoo said she was proud to be following in the footsteps of her late aunt who had attended UKZN and her parents and brother who are also graduates of the University.

In 2018, Naidoo was awarded the Emma Smith Overseas Scholarship which recognises exceptional academic performance. She also received the Werkmans Bursary in 2019.

Some of her other achievements include making it as a finalist in the UKZN e-Learning Competition; being recognised as a South African Women in Law by the Human Rights Moot Court, and being a finalist in GradStar which identifies the Top 100 students in the country based on leadership qualities and readiness for the workplace.

Naidoo is a member of the prestigious Golden Key International Honour Society and is the Media Director for the UKZN Criminology Association in which she maintains open communication with senior management.

She is also a social media influencer and runs three businesses while studying for a Law degree at UKZN. Naidoo has this advice for fellow students: ‘Find goals and plans that work for you. Focus on academics.’