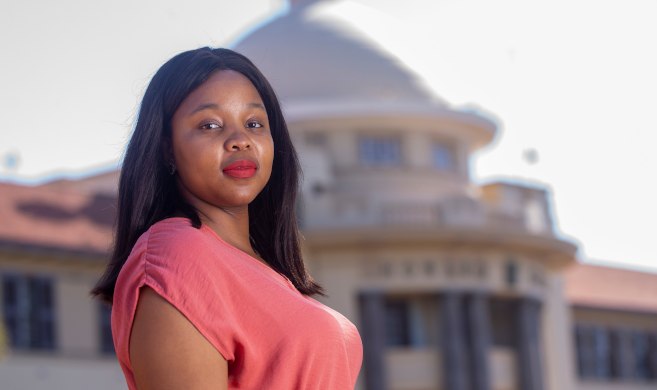 Understanding “blesser-blessee” relationships through the perspectives and experiences of students was the subject of a study by Ms Nomazulu Singata who graduated with a Master of Arts degree.

“Blesser-blessee” relationships is a social phenomenon which sees wealthy men and poorer women linked for material gain. Singata explored the attitudes of students towards those relationships, the reasons for engaging in them, as well as the opportunities and constraints for changing such relationships.

The research underlines the arrangements and relations between the two parties which often result from female students’ personal circumstances such as poverty, unemployment, peer pressure and gender inequality.

‘These structures have an impact on their (female students) ability to make their own decisions,’ said Singata. ‘The relationships ultimately produce their own structures which can be both positive (financial needs and education) and negative. The negative leads to gender-based violence (GBV) as well as health issues that impact on the “blessee’s” agency.’

Singata hopes society not only looks at the impacts of this issue but also the causes embedded in these structures and the reasoning behind becoming a “blessee”. She believes that focusing on the reasons and finding solutions for the issues could prevent “blesser-blessee” relationships developing.

Singata said the COVID-19 pandemic was challenging but she prevailed in the end. ‘Those sleepless nights have paid off and I now realise that all my hard work was not in vain. It also feels exciting because I have become a positive statistic as a young Black female moving towards her PhD.’

She says her master’s degree is an achievement that has opened doors for her academically and professionally and she plans to give back to her community by opening her own environmental consulting company.