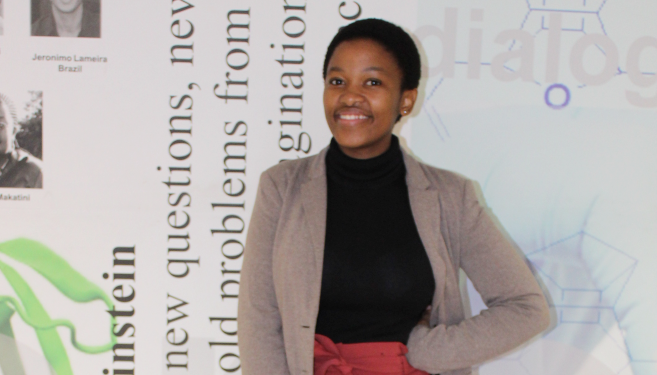 A member of UKZN’s Catalysis and Peptides Research Unit (CPRU), her study focused on alterations in neurotransmitter levels and transcription factor expression following intranasal buprenorphine (BUP) administration. Due to a lack of information on how BUP alters pathways in the management of opioid addiction, Xhakaza investigated the functional (neurotransmitter) and molecular pharmacodynamic changes associated with BUP administration in a rodent model.

BUP is a semisynthetic opioid used to treat opioid addiction (such as heroin) and moderate to severe pain. It can be used under the tongue (sublingual), in the cheek (buccal), by injection (intravenous), as a skin patch (transdermal), or as an implant. Unlike other opioids, mainly methadone and morphine, BUP is preferred to manage opioid addiction due to its lower risk of toxicity at higher doses, lower abuse potential, accessibility for office-based treatment and limited physical dependence.

Xhakaza’s study contributed to a better understanding of the pharmacodynamic effects of BUP in the treatment and management of opioid addiction. The results showed that BUP significantly influences neurotransmitters (NTs) (?-aminobutyric acid, Glutamate, Norepinephrine and Dopamine) and the gene expression of important transcription factors, brain-derived neurotrophic factor and response element binding protein.

Xhakaza grew up in Clermont, Durban. Her first degree was a Bachelor of Science, majoring in Chemistry and Biochemistry. She went on to specialise in Chemistry for her honours degree leading her to pursue a Master’s in Pharmaceutical Chemistry. She commented: ‘For my honours degree in Sciences, I continued with a Chemistry major where I was doing a research project in catalysis synthesis and testing. This did not feel enough for me. I wanted to do something more meaningful that will contribute to human wellbeing in the field of chemistry so I started researching what I could do and that is how I discovered the CPRU. I spoke to Dr Sooraj (my supervisor) who proposed the project that I did for my master's.’

Currently taking a well-deserved break from studying, Xhakaza spends her time drawing, reading, watching YouTube videos and listening to podcasts. She said: ‘Like any other Black child, my journey in academia has not been easy. There were seasons where I struggled financially due to the lack of funding. I thank God for all that I have achieved academically, especially for my master’s. I believe that was all Him. I also appreciate my family, especially my mom for her endless support.’