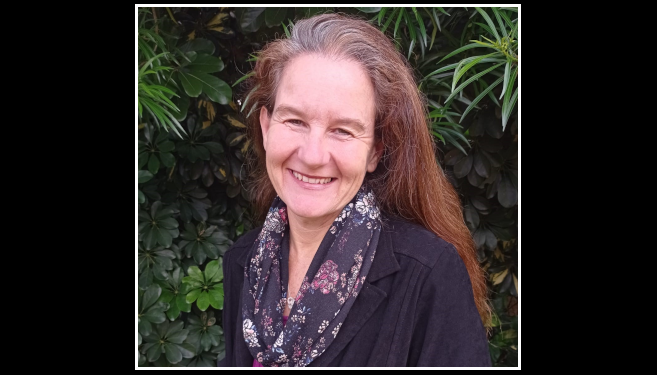 Ms Wendy Young graduated with a Master of Occupational Therapy for her study on violent hand amputation and replantation.

Ms Wendy Young graduated with a Master of Occupational Therapy for her study on violent hand amputation and replantation in the South African context.

The study resulted in a manuscript which Young titled: It Was Like a Bad Dream: Making Sense of Violent Hand Amputation and Replantation in South Africa which explores a brutal case of an individual, Bongani, who sustained a violent hand amputation in what he perceived to be the result of a wicked southern African ritual of dark spiritual origin using human body parts to make umuthi (in this case, what would be considered a dark form of African traditional medicine or witchcraft to obtain wealth, fame, etc).

The aim of the study was to describe and interpret the meaning of his lived experience and the impact it had on occupational adaptation, as well as to reflect on therapeutic intervention. It followed a narrative style from moments before his assault at work, through the injury, replantation, living among violence, difficulties returning to work, his therapy and lastly, his goals and hopes for the future. Young’s work also resulted in an opinion piece titled: Prevention and Intervention for Victims of Violence in Occupational Therapy which encourages South African occupational therapists to consider violence as a topic for continuing education and to face the challenge of becoming leaders in the field of violence in occupational therapy. Her article has been submitted to the South Journal of Occupational Therapy.

Said said: ‘There are many motives for violent injuries and amputations. This research took into consideration the violent removal of body parts for the purpose of making (dark) traditional African medicine or muti (umuthi), which is referred to as witchcraft by some. This muti is usually to fulfil another person’s egocentric goals and usually results in the death of the victim. Hence, there have been very few reported survivors of muti crime. In this unique case, the victim sustained a violent hand amputation which was followed by replantation. Replantation or surgical reattachment has become the standard approach to treating traumatic upper limb amputation around the world.’

Following replantation, the hand therapist plays an essential role in rehabilitating the patient to achieve the best possible functional outcome. When interviewing Bongani, he described his ordeal as what is commonly known as a “muti crime”. Young’s literature review found that perpetrators of muti crimes are often wealthy, educated businessmen, those wishing to succeed in politics, traditional healers, pastors, or other leaders and contemporary motives are said to be an excessive love of money, power and greed.

Described as an extremely resilient man, Bongani likely suffered a great deal of emotional stress and underwent 123 sessions of occupational therapy over two years. According to Young: ‘He was fitted with 12 orthoses and participated in more than 17 different goal-directed meaningful activities in a client-centred programme which included work hardening. Therapy included other biomechanical intervention such as strengthening, therapeutic exercises and sensory re-education.’

She added: ‘It is the responsibility of the occupational therapist to ensure hand therapy is occupation-based since “competency through occupation” is a core principle of the profession. Despite Bongani’s work challenges of fear, reminders of violence and constant danger, an emphasis on meaningful participation and an early return to work had the long-term beneficial result of stress relief, sustaining mental resilience and an improved outcome.’

Young completed a Bachelor of Occupational Therapy degree at UKZN and thereafter worked as a therapist in the United States for two years. She returned to Durban and worked in the clinical field of hand therapy and adult neurological rehabilitation in the private health sector. Over that 20-year period, she directed an occupational therapy practice, managed and supervised 11 occupational therapists, was awarded a Post-Graduate Diploma in Hand Therapy at the University of Pretoria and became a Certified Hand Therapist through the Hand Therapy Certification Commission.

She said: ‘I would like to give God the glory. Secondly, I would like to acknowledge my supervisors, Professor Pragashnie Govender and Dr Deshini Naidoo, who exceeded all my expectations in terms of the encouragement and guidance they provided. I would also like to acknowledge the College of Health Sciences for the master’s scholarship. My husband and daughter deserve special thanks for their patience, encouragement and technical support. Dr Mahendra Daya deserves special acknowledgment for his incredible expertise and unwavering willingness to share and mentor. Lastly, I wish to thank all my participants, without whom there would have been no research.’