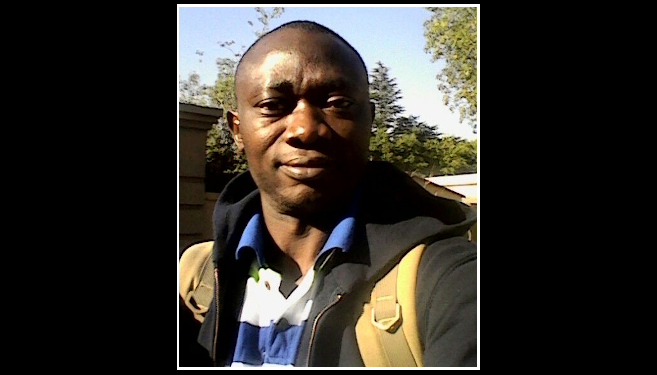 Doctoral Degree for Study on a Therapeutic Strategy to end Tuberculosis

Dr Adeniyi Thompson Adewumi - who describes himself as an unrelenting person, a goal getter, and a dream achiever who never entertains fear in difficult times - was awarded a PhD for his study titled: Therapeutic Strategy to end Tuberculosis (TB) World: Structural and Functional Characterization of Potential Weak Hotspots of Mycobacterium tuberculosis Molecular Targets from Combinatorial in silico Perspective.

The study was conducted under the auspices of UKZN’s Molecular Bio-Computation and Drug Design Laboratory and supervised by Professor Mahmoud Soliman who is one of UKZN’s top researchers.

Adewumi has co-authored 11 scientific research publications in renowned peer-reviewed journals. Some of the research outputs led to the discovery of specific structures such as the Thompson loop in a Mycobacterium tuberculosis protein critical to designing a new antitubercular agent. He used computational techniques to understand the chromosomal mutations associated in selected genes of drug resistant TB.

Said Adewumi: ‘Recently, the critical roles of demethylmenaquinone methyltransferase (menG), secreted antigen 85C (Ag85C), and N-acetylglucosamine-6-phosphate deacetylase (NagA) proteins were reported in the survival, pathogenesis, virulence, and drug resistance of Mtb. These targets have gained considerable attention in drug discovery pipelines, but little is known about menG due to the lack of crystal structure and active site regions. Through the use of computational methods, we sought to understand the structural and functional features at the atomistic level of the three-dimensional structure of the menG.’

He believes that the findings of his study will provide the structural silhouette for pharmaceutical scientists and molecular biologists to identify and design novel antimycobacterial drugs, especially for TB.

Adewumi, who is married with a daughter, holds two masters degrees - one in Analytical and Environmental Chemistry from Redeemer’s University in Nigeria, and another in Pharmaceutical Chemistry from the University of Ibadan, also in Nigeria. On hearing the news of his graduation, he commented: ‘Really! I am still shocked I made it at last. Indeed, I have completed my PhD degree by God’s grace. Professor Mahmoud Soliman accepted me to join his laboratory and gave me so much confidence, one of the things that helped me to succeed.

Despite almost two years of revolving, I had three required publications that qualified me to graduate in a year. Moreover, I produced five other published articles as collaborative work. Awesome! I never thought I would complete my PhD, but I did. All thanks to Almighty God.’