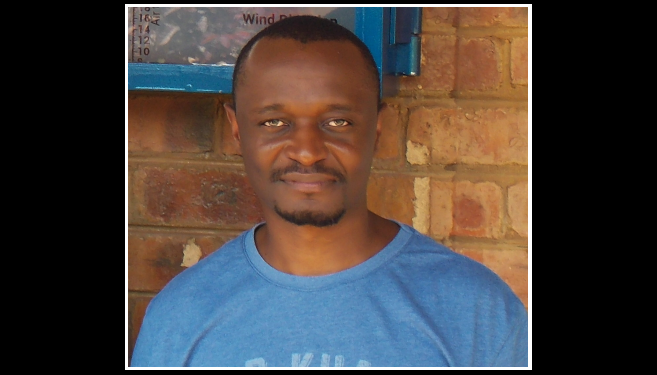 Tafadzwa Mabhaudhi, Research Associate Professor and Co-Director of the Centre for Transformative Agricultural and Food Systems (CTAFS) in UKZN’s School of Agricultural Earth and Environmental Sciences (SAEES) has received the prestigious Vice-Chancellor’s Research Award for 2020 in recognition of his outstanding research achievements and the international reputation he has built in his discipline.

The Award, presented to one recipient annually, recognises research, scholarly, or creative productivity, and is valued at R150 000 in research funding.

UKZN Vice-Chancellor and Principal Professor Nana Poku congratulated Mabhaudhi, saying, ‘I wish you well and trust that the award will assist you in your future research endeavours.’

With a Y-rating from South Africa’s National Research Foundation, Mabhaudhi has specialised in crop ecophysiology, specifically plant-water relations, and crop-climate modelling. He completed his BSc and Honours degrees in Crop Science at the University of Zimbabwe before enrolling for his masters and then PhD at UKZN, both degrees supported within projects run by the Water Research Commission (WRC). He holds the record for achieving the highest number of publications off a PhD thesis in WRC history – 11 papers and a book chapter – and has published more than 130 papers in the seven years since graduating.

Mabhaudhi’s focus has developed with his drive to be involved in research that is collaborative, dynamic, transformative, informs policy and has tangible impacts for poor and peri-urban communities. This has resulted in a growing focus on multi- and transdisciplinary research covering food systems, global environmental change and the water-energy-food (WEF) nexus.

Mabhaudhi works with international multidisciplinary teams conducting research and development relevant to global grand challenges like food and nutrition insecurity, climate change and sustainability, and the WEF nexus. Notable projects he has played significant roles in include the uMngeni Resilience Project (URP) where he is Components Director, and the Sustainable and Healthy Food Systems (SHEFS) project where he is Lead Agriculture Researcher.

To translate his research into practical outcomes, Mabhaudhi routinely engages with policy stakeholders in South Africa and the region at various levels to contribute to evidence-based policymaking. His many appointments include to the WRC’s Research Strategy Committee, and the Department of Environment, Forestry and Fisheries’ (DEFF) National Climate Change Adaptation Strategy expert panel, National Framework for Climate Services expert panel, and Climate Change Adaptive Capacity steering committee. He is also a Technical Advisor to the Southern African Development Community for their WEF nexus strategy and climate change adaptation strategy.

Mabhaudhi has led WRC projects on various topics, from drone applications in agriculture to determining the water use of indigenous grain and legume food crops. In 2019, he received a WRC Research Knowledge Tree award in recognition of his contributions to policy and decision-making and human capital development in the water sector. He has supervised 21 postgraduate students to completion, is currently supervising a further 10, and has mentored several emerging researchers in South Africa and abroad.

He has also received certificates of appreciation from the South African National Biodiversity Institute and the DEFF for leading climate change adaptation efforts in South Africa.

Deputy Vice-Chancellor and Head of the College of Agriculture, Engineering and Science Professor Albert Modi congratulated Mabhaudhi on this significant achievement for a young scientist, saying that the award is a testament to his ambition and perseverance. Having also supervised Mabhaudhi’s masters and doctoral degrees, Modi thanked him for being part of his legacy as a supervisor and mentor.