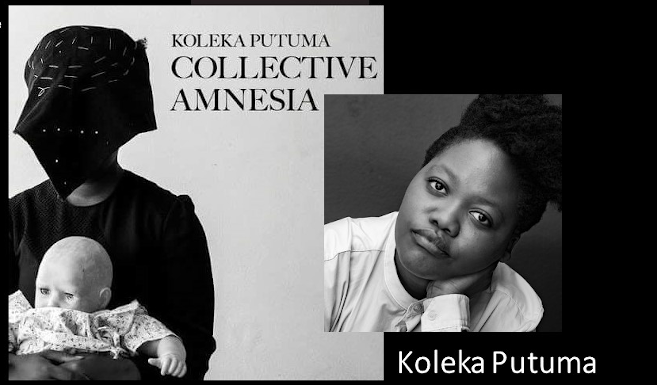 UKZN’s Ujamaa Centre in association with The Other Foundation recently hosted the annual Eudy Simelane Memorial Lecture. Simelane was a lesbian and Banyana-Banyana soccer player who was raped and brutally murdered in a homophobic hate crime in her home town of KwaThema.

The Ujamaa Centre for Biblical and Theological Community Development and Research, based within the School of Religion, Philosophy, and Classics aims to focus attention on homophobic hate crimes and violence by reflecting on the life and painful death of Simelane.

This year’s digital lecture continued the trajectory of engaging the intersection of gender, sexuality, and religion by critically reflecting on the realities that deny LGBTIQA+ people life, but with a focus on Queer agency, while aiming to prevent homophobic hate crimes within communities. The lecture also looked at how people create meaning, how these acts are surrounded by life-denying circumstances and how it connects to our everyday lives.

Ms Koleka Putuma, the South African Queer Poet who produced Collective Amnesia and the stage play No Easter Sunday for Queers, was the keynote speaker. Putuma reflected on the intersection of gender, sexuality, and faith/religion and the ways in which faith informs life-denying realities for queer people in the African faith landscape.

The 30-minute interview-style lecture was preceded by short introductions by Mr Bafana Simelane, Eudy’s brother and the spokesperson for the Simelane Family; Professor Charlene van der Walt, Deputy Director of the Ujamaa Centre and the person responsible for Body Theology as a thematic area in the organisation and Mr Teboho Klaas, the Religion Officer at The Other Foundation who enables this work through funding and collaboration.

‘This year we also launched the hashtag #RememberEudy to create a little bit of an energy point annually, to think about how memory informs identity, who we are but also our dreams,’ said van der Walt. She added: ‘The lecture asks us to hold things in a complex balance. We want to think of the ways in which faith is complicit in denying people life, we want to celebrate the ways in which LGBTIQA+ people make life and love amidst all that is life-denying, we want to mourn those we have lost and continue to lose, and we want to remember in order to live well.’

Bafana Simelane said that his sister was a very playful child who developed a love for soccer from following him around everywhere he went. ‘The whole world knows about her…in sport she was a diamond. She scored beautiful goals,’ he said.

Click here to watch the full lecture and join the conversation by using the hashtag #RememberEudy https://www.youtube.com/watch?v=iuteht-DahA