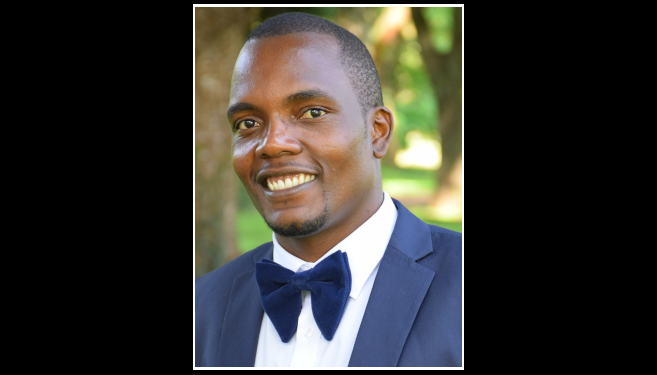 Years of hard work by Mr Jimson Tanyanyiwa saw him graduate at UKZN with a Master’s degree in Chemical Engineering.

While the various challenges he encountered along his academic journey could have easily made him give up and walk away, they instead made him stronger - inspiring him to soldier on with his studies.

After completing a Bachelor of Engineering Honour’s degree in Chemical Engineering at the National University of Science and Technology in Bulawayo, Zimbabwe, Tanyanyiwa could not find a permanent job in the engineering field so he took on a position as a science teacher at a local school. There, some of his colleagues told him they were not trained teachers either, but graduates from other fields who - owing to the lack of job opportunities in Zimbabwe - were still teaching.

Tanyanyiwa was determined to teach only for as long as it took him to find a way to fund and further his studies. He managed to secure funding a year later and arrived at UKZN to pursue a Master of Science in Engineering degree, specialising in Chemical Engineering.

Tanyanyiwa’s research formed part of an extensive project within the Water, Sanitation and Hygiene Research and Development Centre (WASH), studying the possibility of co-digestion of industrial and domestic wastewater at the Amanzimtoti Wastewater Treatment Plant in Durban. He was supervised by Professor Chris Buckley and Mr Chris Brouckaert.

‘The presence of numerous anaerobic digestion (AD) facilities that are under-utilised in KwaZulu-Natal presented an opportunity to seek ways to improve their usage,’ explained Tanyanyiwa. ‘The Amanzimtoti Wastewater Treatment Works, for example, has six ADs, and only half are operational.

‘My work established that industrial effluent from the surrounding areas could be treated using idle digesters. With the Prospecton industrial area - which is near the wastewater treatment plant, supplying 50% of the plant’s volumetric load - more efficient use could be made of pre-existing facilities, while the biogas generated could potentially reduce the plant’s dependence on the electric grid freeing funds that were used to pay electricity bills for use elsewhere in the municipality, thus having an impact on sustainability,’ he said.

‘Jimson was remarkably steady and persevering in his postgraduate research,’ said Brouckaert. ‘He displayed a notable skill in dealing with municipality staff and systems to get his experiments done, since he was not permitted to operate the equipment himself. He had to plan, persuade and co-ordinate with them to maintain equipment and fit special operations into their normal duties.’

Tanyanyiwa thanked his wife, Florence, for being his greatest support and motivation throughout his studies. He plans to pursue his PhD studies at UKZN.