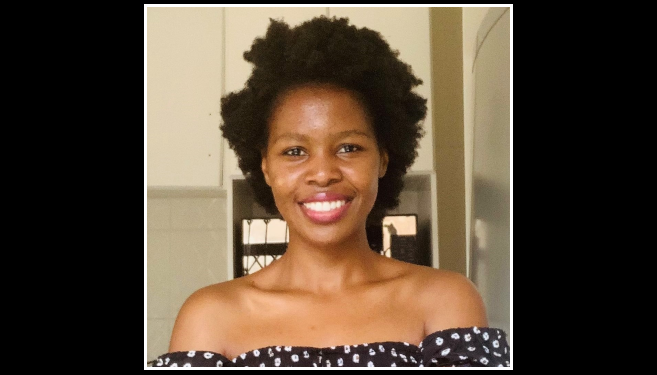 Ms Lindiwe Ngwane was attracted to biomedical physics as it offered her an opportunity to gain a deeper understanding of fundamental physics as applied to medical facilities and in biological systems.

‘It allowed me to apply physics to the real world of medicine. It was fascinating to be able to put theory into practice,’ said the MSc graduate, whose thesis was titled: The Use of a Digital Camera to Measure the Luminance of Surgical Luminaires in Hospital Theatres.

Surgical luminaires are significantly crucial to surgeons and other medical practitioners when performing surgical or medical procedures. ‘Adequate illuminance is critical for both the surgeon and the patient, as poor illuminance could result in complications during the procedure and in some cases, even death,’ she said.

‘Surgical luminaires are supposed to provide sufficient illumination of the surgical site, wound and corresponding deep cavities even when the light is partially blocked by either the surgeon or other artefacts.’

Her study was designed to measure surgical luminaires’ illuminance in both public and private hospitals in the Pietermaritzburg area. She used a digital camera to measure illuminance and subsequently determine the conformity of luminaires with international set standards. The images captured by the digital camera were analysed using imageJ, a java-based image processing programme with the results verified against a luminance meter to measure the hospital theatre’s luminance.

Ngwane’s research results were significant as they indicated the lack of a South African standard for illuminance in operation theatres ‘which is very crucial for both patients and surgeons, as it can save lives.’

Her research also found that the use of a digital camera as a tool to measure the illuminance of operation light was cheaper but still effective, compared to using a luminance meter which is time consuming and very costly. She also found that using a digital camera met the International Electrotechnical Commission (IEC) standards. The IEC has played a significant role in establishing specific requirements for the safety of surgical luminaires in hospitals and healthcare facilities in South Africa.

‘Prof Chetty once said to me: “Hard work always pays off”. I took his words to heart and here we are today!’ said Ngwane.

Chetty praised Ngwane’s achievement: ‘Lindiwe has changed our perception of lighting in operating theatres and deduced the need for the implementation of basic minimum standards for lighting in both the private and public sectors. Her report shows huge gaps in levels of normal lighting that impacts on the level of patient care.’

Ngwane said her mother had also played an important role by encouraging her to endure through difficult times.

Ngwane plans to study for a PhD in Biomedical Physics. ‘I want to share the knowledge I have acquired with the next generation,’ she said.

She had this advice for other students: ‘Pray, live and laugh - enjoy every step of your journey so that when you get what you prayed for, you will be filled with gratitude.’