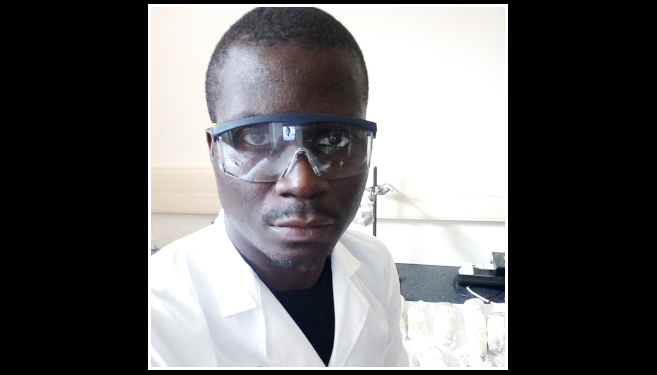 ‘UKZN has always been among the top five universities in Africa with top-notch faculty members, research facilities and excellent laboratories. That is why I chose to do my PhD in Physics here.’

So says newly capped Dr Abiola Ilori. A native of Nigeria, where he lectured at the Olusegun Agagu University of Science and Technology in the Department of Physical Sciences, Ilori moved to South Africa to study for a PhD in Physics under the supervision of UKZN College Dean of Teaching and Learning, Professor Naven Chetty. ‘Although thoroughly enjoying lecturing, I felt the urge to continue my studies so that I could give back to my community in an impactful way,’ said Ilori.

‘The environment contains various degrees of NORMs, which vary by geographical location and are enhanced by human activities such as industrialisation,’ he explained. ‘These NORMs can be found in air, water, crops and soil etc. Oil exploration, extensive uses of fertilisers on farmlands and mining activities, have also been established as primary sources of radiation in oil-producing areas. My research further went on to look at the radiological hazard of ingesting foods (crops and aquatic species) exposed to a high industrialisation level, such as oil exploration.’

Although in his study areas he found that the activity concentrations of radionuclide were within the recommended safe limits, therefore not posing any associated hazards, Ilori’s research did confirm that exploration of natural resources and industrialisation activities increase the concentration of radionuclides in an environment. His results can be used as baselines and reference evidence for future investigations in other areas of the study.

Lauding his supervisor, he said: ‘Prof Chetty was there to contribute to the research positively and made himself easily accessible to all my inquiries and requests for guidance.’

Said Chetty: ‘Abiola had a greed for results which resulted in four highly-praised papers. His work adds a new dimension to both agriculture and aquatics which translates to better care for those communities who depend on these areas for survival. Abiola created waves with his research that now needs to be expanded.’

Ilori acknowledged God for his guidance. He thanked his wife, Folusho, who was his biggest motivator, and his children, who were his inspiration. ‘What kept me going through the difficult times were my family, listening to gospel music, travelling to rejuvenate myself as well as watching football,’ he said.

Ilori hopes to continue his studies through a postdoctoral fellowship opportunity in Radiation Waste Management and Treatment and in the near future, return to Nigeria to make a positive impact on his community through the knowledge he has gained.