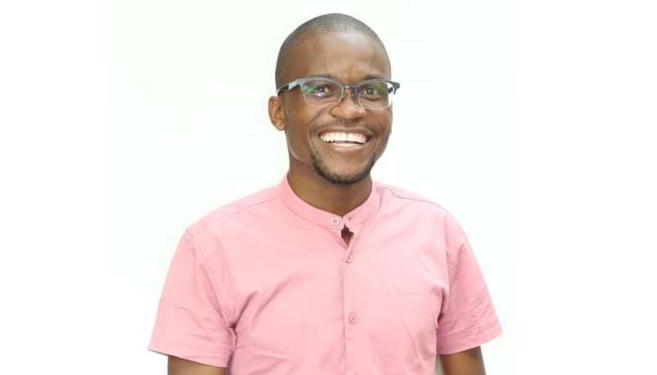 Mr Johannes Mphaka is a hardworking young man who aspires to greatness.

After completing his undergraduate studies at the University of Limpopo, Mphaka began an Honours degree in Physics at UKZN, supported by the National Astrophysics and Space Science Programme (NASSP). He chose the University for his postgraduate studies because of its reputation in the Sciences. ‘I wanted to learn from the brightest minds in the country,’ he said.

Mphaka’s master’s degree topic was motivated by his desire to discover new materials and improve the performance of existing materials which are critical to many developments in research. ‘In the race to make things more grounded, less expensive, lighter, more pragmatic and more feasible, manipulating materials and their properties is key,’ he explained.

He says he is passionate about making life easy for researchers. ‘I focused on building software tools so that researchers in Physics, Chemistry and Material Science will no longer feel the pain of performing experiments but can instead use the software I built, which gives the results in seconds. This will then be the beginning of intense discoveries in science,’ he said.

Mphaka found his master’s degree to be challenging as it was his first experience with machine learning and programming was new to him. ‘It forced me to think outside the box and challenged me to be a better scientist,’ he said.

Nowadays, Mphaka does programming as a hobby and also enjoys playing chess when he needs a break from academics.

Mphaka thanked God who he said gave him the strength to finish the work he started. He also thanked his supervisors, from whom he said he had learnt a lot, and Indabuko (through Dr Sphume Ndlovu) for providing the bursaries that enabled him to complete his work.

Mphaka plans to complete a PhD in Physics within two years and then secure a position as a data scientist.