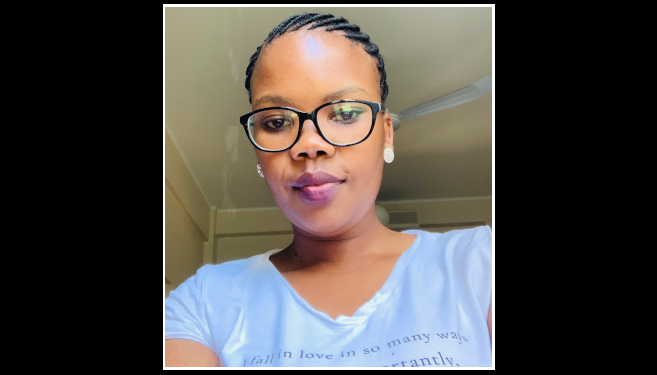 Dr Zoleka Ncoyini-Manciya, who has made history as the first Black South African female to be capped with a PhD in Agrometeorology at UKZN, and only the second in the country.

Dr Zoleka Ncoyini-Manciya is the first South African Black female to be awarded a PhD in Agrometeorology from UKZN… and only the second in the country.

‘Most similar studies rely on one or two commonly-used drought indices,’ said Savage. ‘Zoleka applied a total of 17 unique indices to obtain in-depth analysis and conclusions on the nature of extremes for the area of study. Her work derives merit in attempting to focus on small communal farmers in terms of climate-related vulnerabilities of the resource-poor farming communities.’

Ncoyini-Manciya registered at UKZN for her PhD as she was keen to be part of the outstanding research output the University is known for. ‘I’m very interested in research and building my career in the academic profession so UKZN’s international reputation for academic excellence and its status of being a research-led institution motivated me.’

She elaborated on her research:- ‘My study focused on historical and future climate extreme trends (droughts) as well as the access and use of climate information by small-scale farmers to minimise the possible adverse effects of climate extremes.

‘The study, unlike previous studies that have been conducted on a similar topic, focused on localised climate change trends to understand the frequency and intensity of climate extremes farming communities are experiencing.

‘An understanding of localised trends would enable the identification and development of community-based adaptation strategies and thus subsequently reduce the vulnerability of small-scale farming to climate change.

‘Climate change is a real and serious issue that the world is currently facing,’ said Ncoyini-Manciya. ‘There is no doubt that its effects are going to be felt by all of us in different ways. However, its negative effects on food production are likely to be more severe, particularly, for small-scale farmers. Given that small-scale farming produces over 80% of the food that is utilised by underdeveloped and developing countries, climate change threats raise concerns about the sustainability of small-scale farming.’

Explaining the significance of her research, Ncoyini-Manciya said: ‘Normally climate-related effects are studied on a large scale and the recommendations made for a large scale may not be suitable for a local scale,’ she said. ‘Also, decisions related to climate change adaptation are often appropriate for large-scale farmers while small-scale farmers are left out. Assessment at a local scale expresses the need for appropriate mitigation and adaptation measures that are suitable for a particular area.

‘The outcomes of my study assist in ensuring that small-scale farmers are visible and call for the formulation of local strategies that prevent them from experiencing the negative effects of a changing climate.’

Ncoyini-Manciya acknowledged her colleagues and supervisors. ‘To work with people of such calibre has been an honour and I will forever be grateful to them.’ She also thanked her family who supported her from the outset. ‘Being a wife and mother to three beautiful girls made this journey more challenging but their support has been my driving force,’ she said.

Ncoyini-Manciya did not set out to be an agrometeorologist. ‘In 2015 I applied at UKZN for a developmental lecturer post in Agricultural Extension, which was my research background. Fortunately, my application was successful but not for the post I applied for. On my first day at work I was introduced to Dr Clulow as a person I was going to work with. I was shocked that I was to work in the Agrometeorology Discipline as my academic background was not related to agrometeorology. But I told myself that, despite my previous research not being aligned with climate-related issues, I was willing to learn. I’m glad that I was bold enough to take up the challenge.’

‘Also, working with Professor Savage allowed me to grow and become independent. He is such a good supervisor, even if you are struggling he never gives you a solution but helps you find a solution to your problem by yourself. This has made me believe in myself and enabled me to complete my studies within four years, although I’m new in this field.’

Nconyini-Manciya is currently lecturing Agrometeorology at UKZN and is focused on conducting interdisciplinary research and building her career as an academic.

When asked what she does in her spare time, she laughed saying: ‘When I started my studies my little one was two years and few months old. During the past few years, I have hardly had spare time!’