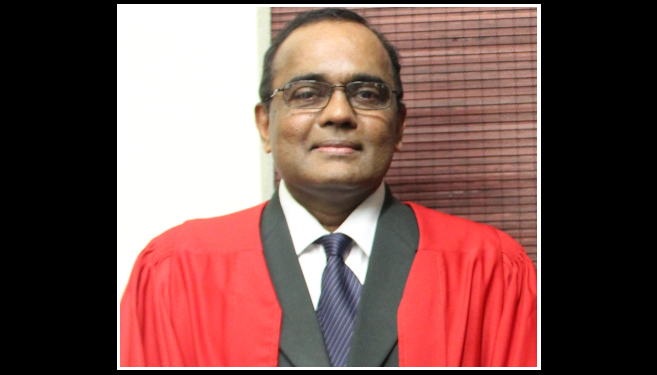 Radhamany Sooryamoorthy, a professor of Sociology in the School of Social Sciences, has been appointed as a Research Fellow of Stellenbosch University.

The three-year appointment is awarded in recognition of individuals’ proven specialised expertise, and aims to involve them in the research programmes of the relevant organisational unit.

Sooryamoorthy has researched and published extensively in the field of sociology of science and science communication. His advanced methodological skills in scientometrics was a consideration for this appointment. He will be working with the Centre for Research on Evaluation, Science and Technology (CREST) during the fellowship.

Established in 1995, CREST is an interdisciplinary research centre at Stellenbosch University. Its focus research areas include the sociology of science, scientometrics, and science and innovation policy studies. In April 2014, CREST was awarded a Centre of Excellence (COE) grant by the National Research Foundation (NRF): the DSI-NRF Centre of Excellence in Scientometrics and Science, Technology and Innovation (STI) Policy (SciSTIP). The Centre also hosts the South African Research Chairs Initiative (SARChI) Chair in Science Communication.

Sooryamoorthy describes this as ‘a great opportunity to work with the accomplished scholars at the Centre.’ The appointment will give him access to some of the rare databases at Stellenbosch University. He previously served as a Research Associate of the university.