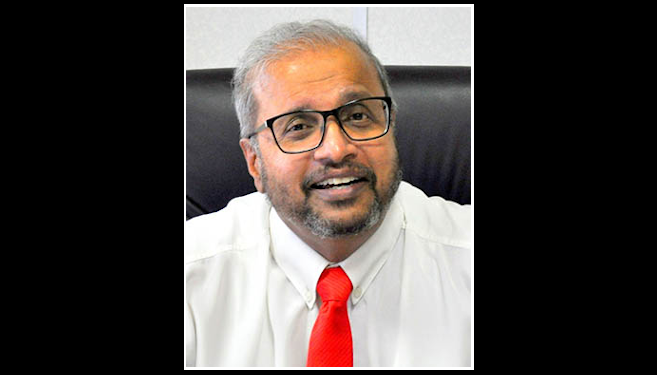 The School of Management, IT and Governance (SMIG) hosted a Building Your Profile mentorship session for its academic staff and researchers.

The event was facilitated by Professor Sid Nair, Executive Dean and Dean of Learning, Teaching and Student Experience at the Victorian Institute of Technology in Australia.

He began the session by sharing his experiences and insights on his research journey from an emerging researcher to an established one saying that when he began his academic career he concentrated on teaching and attended a lot of conferences. He never thought he could be a researcher as well!

By the time he was a senior lecturer he had 20 publications to his name. ‘I had to take a six-month sabbatical to focus on research. I would start my day at 4am and get in as much research as I possibly could,’ said Nair.

Wanting the session to be as interactive as possible, he encouraged participants to ask as many questions as possible, share research tips and exchange research ideas.

UKZN Academic Leader Dr Upasana Singh, who formally opened the session, said the aim of the event was to provide mentorship to emerging academics and researchers as part of the Discipline’s academic empowerment series.

‘On assuming the role of Academic Leader in the Discipline of Information Systems and Technology earlier this year, I noted that a number of emerging academics felt isolated in their journey of establishing and enhancing their research career,’ said Singh. ‘I wanted to start the conversation for them with research professors, and am hoping that we can grow together in this journey.’

‘Prof Nair was appointed as an honorary professor in our School last year but has never had an opportunity to engage with our academics, so this event also provides the platform for a “meet and greet session”,’ she said.