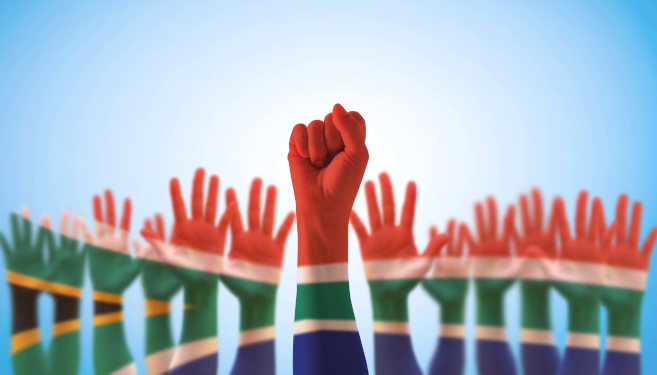 Remembering Where We Come From

On 27 April 2021, South Africans celebrated the 27th anniversary of the first non-racial democratic election that ushered in a new era for a country with a history of discrimination and oppression.

On Freedom Day, we celebrate and commemorate the struggle for democracy and the leaders that brought about this change. While many inequalities still need to be addressed, it is important to pay homage to our liberation from the prejudiced political power pre-1994.

During the apartheid regime, most South Africans did not have the right to participate in fair and just elections. When the country transformed into a democratic society in 1994, promoting equality restored the dignity of many whose fundamental human rights were denied by the oppressive government. The countless sacrifices made by liberation movement leaders enabled us to overcome the ruthless system.

South Africa’s history of colonisation stretches back hundreds of years, so acknowledging the liberation movement is important. The apartheid regime that came to power in 1948 promoted political prejudice, discrimination, segregation and White minority domination. Most South Africans did not have the right to vote and were excluded from the political sphere. After many protests and rising political tension all race groups participated in the country’s first democratic elections in 1994. Around 19.7 million votes were cast and the African National Congress won the election with 62.65% of the vote (www.sahistory.org.za/dated-event/freedom-day-celebrated-south-africa). This led to Nelson Mandela becoming the first Black president in South Africa.

Addressing the nation on 27 April this year, current president Mr Cyril Ramaphosa stated that this year’s theme is ‘The year of Charlotte Maxeke: The meaning of freedom under COVID-19’ (www.gov.za/FreedomMonth2021). Maxeke was always prepared to work for others and was a pioneer of the struggle against oppression at a time when such defiance resulted in unrelenting force and serious repercussions. We should remember Maxeke’s spirit by working together as a country in the battle against COVID-19 while striving for solidarity.